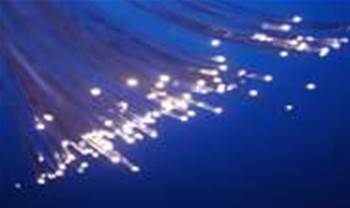 Forcibly disconnecting users is a step too far.

Human rights groups and Internet Service Providers have said they are preparing a challenge to UK government proposals that would introduce a "three-strikes rule" for illegal downloaders.

The government announced the move this week in a U-turn after lobbying from the creative and media industries who are concerned that existing plans did not pose enough of a deterrent.

Earlier this summer, the Constitutional Council in France declared access to the internet to be a basic human right, and many privacy campaign groups in the UK feel the same way.

Jim Killock, executive director of the Open Rights Group, said the organisation is preparing a formal complaint to the government.

"This is the wrong moment to go in this direction. Online music revenues are going up, illicit filesharing is going down," he wrote on the group's blog.

"This would be in direct contravention of their own goal of universal broadband access, as well as a curtailment of people’s freedom of expression."

"We know that rights will be denied and innocent people will be victimised," he told the Financial Times.

ISPs are concerned that any such law would effectively require them to " police" the internet – a responsibility they say should not be theirs.

During the government consultation on filesharing, no ISP was in favour of any regulatory solution, and all suggested the way to deal with the problem was through the provision of legal offers and education.

The UK ISP Association said it was concerned that amendments were proposed without consultation with the internet industry and is raising these concerns with the government.

"ISPs and consumer groups consider disconnection of users to be a disproportionate response, a view that was recently supported by the European Parliament," the group said in a statement.

Got a news tip for our journalists? Share it with us anonymously here.
itweek.co.uk @ 2010 Incisive Media
Tags:
anddownloadersfightforgroupsispsprivacysecuritysoftwaretelco/ispthreestrikes ruleto