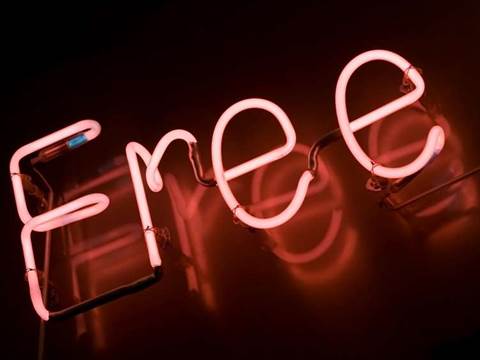 Tens of thousands of protesters took part in rallies across Europe on Saturday against an international anti-piracy agreement they fear will curb their freedom to download movies and music for free and encourage Internet surveillance.

More than 25,000 demonstrators braved freezing temperatures in German cities to march against the Anti-Counterfeiting Trade Agreement (ACTA) while 4000 Bulgarians in Sofia rallied against the agreement designed to strengthen the legal framework for intellectual property rights.

There were thousands more - mostly young - demonstrators at other high-spirited rallies despite snow and freezing temperatures in cities including Warsaw, Prague, Slovakia, Bucharest, Vilnius, Paris, Brussels and Dublin.

"We don't feel safe anymore. The Internet was one of the few places where we could act freely," said Monica Tepelus, a 26-year-old programmer protesting with about 300 people in Bucharest.

Opposition to ACTA in Eastern Europe is especially strong and spreading rapidly. Protesters have compared it to the Big Brother-style surveillance used by former Communist regimes.

Downloading films and music is also a popular way for many young Eastern Europeans to obtain free entertainment.

"Stop ACTA!" read a banner carried by one of the 2,000 marchers in central Berlin, where temperatures were -10 Celsius.

"It's not acceptable to sacrifice the rights of freedom for copyrights," Thomas Pfeiffer, a leader of the Greens party in Munich where 16,000 people protested against ACTA, was quoted telling Focus magazine's online edition on Saturday.

Governments of eight nations including Japan and the United Stated signed an agreement in October aiming to cut copyright and trademark theft. The signing was hailed as a step toward bringing ACTA into effect.

Negotiations over ACTA have been taking place for several years. Some European countries have signed ACTA but it has not yet been signed or ratified in many countries. Germany's Foreign Ministry said on Friday it would hold off on signing.

In Sofia, most of 4,000 demonstrators on Saturday were youths. Some wore the grinning, moustachioed Guy Fawkes masks that have become a symbol of the hacker group Anonymous and other global protest movements.

ACTA aims to cut trademark theft and tackle other online piracy. But the accord has sparked concerns, especially in Eastern European countries as well as in Germany which is sensitive about its history with the Gestapo and Stasi secret police, over online censorship and increased surveillance.

"We want ACTA stopped," Yanko Petrov, who attended the rally in Sofia, told state broadcaster BNT. "We have our own laws, we don't need international acts."

The protesters are concerned that free downloading of movies and music might lead to prison sentences if the ACTA was ratified by parliaments.

They also fear that exchanging material on the Internet may become a crime and say the accord will allow for massive online surveillance.

In Warsaw, some 500 protesters demonstrated, brandishing placards saying "No to ACTA", "Down with censorship" and "Free Internet".

Several hundred turned out in the southwestern city of Wroclaw, the Baltic port of Szczecin and Poznan.

In Paris, about 1000 people marched ACTA. "It's a demonstration without precedent because it's taking place in all of Europe at the same time," said Jeremie Zimmermann, spokesman for Internet freedom group Quadrature du Net.

In Prague, about 1500 people marched against ACTA. Some waved black pirate flags with white skull and crossed bones, and others wore white masks of the Guy Fawkes character.

Some carried banners against the ACTA treaty such as "Freedom to the Internet" and "ACTA attacks Freedom", and chanted "Freedom, Freedom". Smaller gatherings took place in other Czech cities.

The Czech government has held off on ratification of the ACTA treaty, saying it needs to be analysed.

Romanian state-news agency Agerpres said 2000 people protested in the Transylvanian city of Cluj against ACTA, carrying banners that said: "Paws off the Internet."

In Croatia, protests were held in Zagreb, Split and Rijeka, with demonstrators, some masked, carrying banners reading "Stop internet censorship".

A group identifying itself as Anonymous hacked into the webpage of Croatian president Ivo Josipovic, who has defended copyright measures. It remained unavailable for several hours.

It also crashed the pages of ZAMP, a Croatian professional service that looks after the protection of composers' rights and copyright, and the Institute of Croatian Music.

Local media reported about 600 people protested at the government building in Vilnius. Lithuania Justice Minister Remigijus Simasius said in his blog some of ACTA's provisions could pose a threat to Internet freedom.

"I don't know where it (ACTA) comes from and how it originated, but I don't like that this treaty was signed skillfully avoiding discussions in the European Union and Lithuania," Simasius wrote.