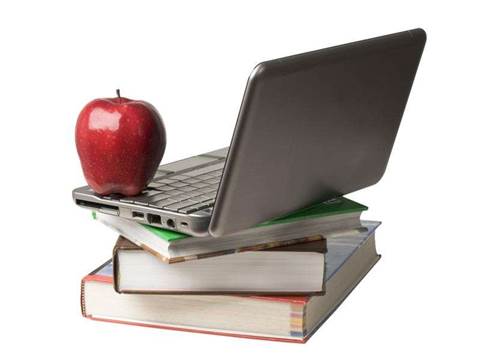 Up to 14,000 NSW high school students will receive unique IP addresses as part of the official launch of Internet Protocol version 6 tomorrow.

Some 2600 network operators, internet service providers and equipment vendors will officially switch on the address protocol from 10am AEST on June 6 for World IPv6 Day, providing an alternative to the depleted Internet Protocol version 4 stocks it succeeds.

It is hoped the permanent switch-on, which follows from a 24-hour global test flight of the protocol a year ago, will significantly boost company and end-user take-up of IPv6, which has largely remained stagnant at around four percent of internet users globally.

In Australia, where 0.3 percent of internet users actively use IPv6, some 115 Australian companies, schools and volunteer organisations – though not all unique entities – will also join the chorus.

Of those, Australian private schools make up a large contingent with a total 28 Anglican colleges and private schools and their students in NSW permanently using the IPv6 protocol. Their capability comes as a no-cost upgrade to the managed service provided by Sydney-based firm Studentnet which has worked on upgrading and educating the schools on IPv6  for the past three years.

"We've been very actively promoting IPv6 to the school community. With the launch, we decided that just as part of our normal product feature set, we're enabling IPv6 for all of those high schools at no additional charge.

"We believe it fits in with the rest of the approach we've taken with IPv6 and that it's important for schools to be up to date with where networking technology is going."

The managed service provider temporarily switched on IPv6 capability for two client schools during the global test last year. This year, Studentnet and its clients have committed to permanently switching on the protocol to sit alongside the IPv4 address system already in place.

As part of the address switch-on, each student at the eligible schools will receive a permanent and unique IPv6 address attached to the credentials they use to log on to school networks.

Karp said the unique addresses could be used to track student activity at a network level, preventing instances of cyber bulling or other misuse of school networks.

"No one likes to think about those things but every school has to put in place protections. What we actually find is, once you tell the students 'once you log onto the network we know who you are', they're much more cautious from that point onwards. It achieves the effect even if you may never use it," Karp said.

Optimism from many in the industry earlier this year has since fallen flat as user interest groups dominate local participation, rather than the well-known Australian brands many hoped would spur adoption.

Some smaller organisations – namely charity organisation Movember and its hosting provider, Bulletproof Networks – will participate, but do not appear on the official list.

The IPv6 test flight last year yielded some advantages; web hosting provider NetRegistry used the day to permanently switch on a dual stack network for all half a million hosting customers, provided their domain is hosted with the company.

But competitor Melbourne IT, which participated officially in last year's flight test, will not be joining this year. A spokesman said the IT team had been working on the necessary upgrades and configuration to roll the protocol across all customers.

"We still have work to do on some of our products to make sure they're enabling feature parity between IPv6 and IPv4," he said.

"It's something we've obviously been working on but not something that will be ready by Wednesday."

"The fact is that consumer confidence is still low so margins in that sector are still relatively low," she told iTnews.

"We can be understanding somewhat towards the folks not investing heavily in major upgrades but [the test flight] last year proved that it's not hard, it's easy to do."

Clark and APNIC chief scientist Geoff Huston both pointed to European countries including Romania, Slovenia, France and Azerbaijan taking charge on IPv6 adoption at an increasingly fast rate in an attempt to meet consumer demand.

In the Asia Pacific, Singapore and China have also outpaced Australia as internet service providers ready their backbones to support the protocol.

In Australia, talk of ISP participation inevitably turns to Internode, where 4000 customers now actively use the protocol and new users are automatically enabled to participate. Its new owner iiNet has also begun trials of the protocol among users.

But the need for an incumbent telco such as Telstra to participate remains. While Telstra and Optus have activated a dual-stack capability on their respective core networks and business customers, they would not comment on participation in the global launch.

Telstra and the Australian Department of Defence have each acquired a /20 block of IPv6 address, or approximately 2^108 addresses.

Similarly, it is understood TPG has begun activating IPv6 capability, primarily for its PIPE bandwidth backhaul customers, but has made no public announcements about the capability to do so.

Bulletproof Networks chief operating officer Lorenzo Modesto said barriers still remained for some of its customers to activate the protocol and that end users, hosting providers and ISPs were in "chicken-and-egg land".

"I think we've gone past the chicken-and-egg problem, I think we've reached the point where it's inevitable," she said.

"I'm not going to say it's a trivial exercise because it still does take care, planning, forethought and the appropriate due diligence."

Yet only four manufacturers are currently listed as participating in World IPv6 Day.

"When v6 happens, you have to change your modem as much as the supplier needs to change its equipment," he said.

"When the end-user is in charge of their own modem, they don't necessarily go out next week to buy a new modem to add v6 because nothing changes. It's still internet and it still works the same – there's little motivation."

But, "short of regulatory intervention," he said, "[the launch day] is about the best we can do in the industry and it's not bad".

"If anyone has proved that it's not suicidal, and in fact quite the opposite, hats off to [Internode founder Simon Hackett] and his crew. I wish Telstra would listen. I really wish that the big guys would stop mucking about here."