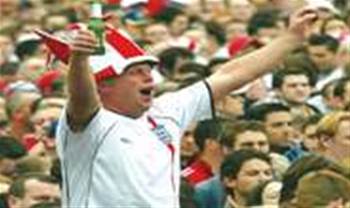 The Premier League is seeking to close down a peer-to-peer website based in The Netherlands which streams live English football matches free of charge.

English Premier League football is just one of the sporting events available on Myp2p.eu.

The menu of upcoming events includes everything from men’s under-20 water polo to Manchester United's UEFA Champions League game against VFL Wolfsburg on Wednesday.

But it is the Premier League which is taking the lead in pursuing the site. The League generates some 90 percent of its £1bn ($1.87bn) a year revenue from deals with broadcasters such as BSkyB.

“There is the issue of the theft of our intellectual property, but this is also about the wider ramifications for football,” Tim Vine, a spokesperson for the Premier League, told Computing.

“The money generated isn’t just spent on the top clubs, players and stadia – which are important – but it also filters down through the other leagues. For example, we’ve just given £1m to the Conference because of the demise of Setanta.”

About 15 percent of Premier League revenue goes to the development of grass-roots talent, said Vine.

Although Premier League matches are not shown live in the UK during the " closed window" - 3pm on Saturday – they are shown in other countries where rights to broadcast live have been bought legally. File sharers can run this signal to their PC and peer-to-peer sites, such as Myp2p.eu, connect viewers with the live stream using file-sharing software.

The process of closing such sites starts with a warning letter from the Premier League’s legal department to the owners of the site. The League also works with corporate tracking firm NetResults.

If the letter is ignored, the League works with the site’s ISP to close it down.

The issue echoes similar problems faced by the music and film industries which have pursued individual file-sharers and file-sharing site owners in high-profile court cases. But more recently media owners have switched to a strategy of leaning on ISPs to restrict internet access and bandwidth to persistent offenders.

The League pursued 1,800 similar cases last season, with a 90 per cent success rate. It is also one of several content owners involved in a class-action lawsuit against YouTube in a New York court.

Got a news tip for our journalists? Share it with us anonymously here.
itweek.co.uk @ 2010 Incisive Media
Tags:
chasesfootballleaguepiratespremiersoftwaretelco/isp