Porting SAP to the iPad 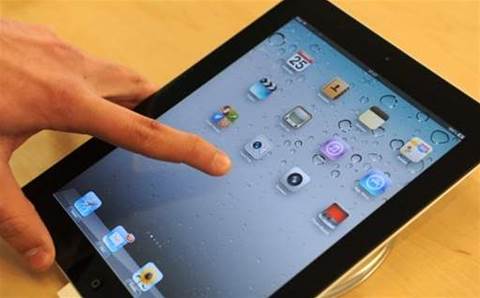 How Integria took the SAP desktop experience to a tablet world.

Integria Healthcare is wrestling with user experience issues after enabling its sales managers to access traditional desktop software from their tablet devices.

But the company was "only about halfway" to its target state, with text input and SAP's use of popup boxes still a source of frustration on Apple's tablet device.

"CRM for our account managers was a cultural change in itself, but on top of that we threw the iPad into the mix. We said you've got to learn how to use the iPad and how to use CRM on the iPad," he said.

"It really has been a struggle. We're probably only at about halfway towards where we want to be at the moment. But we have come a long way since four or five months ago. It's gradually getting better all the time."

Integria used SAP's rapid deployment solution program to implement SAP CRM 7.0 in eight weeks and was working with system integrator Oxygen to optimise its performance on the tablet device.

Wilson-Brown said the iPad devices themselves had proven "fantastic". Although the devices were handed out specifically for access to CRM, users have since "found so many other applications applicable to it".

"CRM is probably performing not to our expectations on the iPad as much as other applications are," he said.

The CRM performance issues were predominantly "speed-related", he said. Users had experienced delays whilst pages loaded in the Safari browser, for example.

Wilson-Brown said his team has already made some improvements, and that he has been enjoying faster access to SAP since updating his iPad to run iOS version 5.

"We haven't installed that on the other account managers' iPads and they're probably using an iOS 3 of some description still, so we're due to upgrade the iOS on all of them," he said.

Other hosted applications account managers access through the iPad's Safari browser have not suffered from the performance issues, he noted.

Integria also runs a hosted implementation of Tableau, for example, a reporting and analytics package used by sales staff to produce "fantastic visuals" of data.

It is also accessed through the Safari browser on the iPad, but "we're not having speed issues with that," Wilson-Brown said.

"It's really CRM is very sluggish on the iPad compared to other browser-based applications we're using."

Wilson-Brown is cognisant of the challenge Integria laid down to account managers when it decided to go down the CRM-on-iPad path.

Integria's sales staff are furnished with HP Minis and BlackBerry devices in addition to iPads.

"Because they're mobile staff, previously they wouldn't take the HP Minis out because [the laptops] took a long time to boot. So they'd leave it at home and do all their admin at home at the end of the day - or even they'd spend a whole day once a week on admin," Wilson-Brown said.

The iPad changed that. It meant account managers could input text directly into the CRM system, meaning the flow of information is now more "dynamic and constant".

However, Wilson-Brown acknowledges that text input on the iPad can be a source of frustration.

"You can tell [SAP CRM] is not really designed for a tablet," he said.

"You've got to use your two finger scroll functionality and everything you search for or browse on is a popup window. It's quite annoying on a tablet to work with popups - better to work with little dropdown menus and things like that as much as you can.

"So you have to work on it in order to make it comfortable to use. I think it's not impossible but our account managers are struggling with that".

Wilson-Brown believes the SAP experience on tablet computers will improve over time.

"I can imagine SAP will become more tablet-focused in what they develop and CRM will be a natural part of that by virtue of who is using it," he said.

"We're kind of waiting for that in a way."

Integria has expanded use of the iPad beyond its original purpose as a hardware front-end to the SAP CRM system.

The company has built a hosted application that allows account managers to place product orders on the devices.

"It's enabled account managers to enter their own orders without having to write them on a piece of paper - which they were previously doing - and then phoning it through to customer service when they got back to the car, or faxing or emailing it through at the end of the day," Wilson-Brown said.

The ordering application reduced the propensity for data entry errors and meant that customers' orders can be lodged and dispatched faster.

"I leave my laptop on the desk all the time now, I never take it home any more," he said. "I'm loving that."

Have you deployed enterprise apps for iPad? Share your experiences.