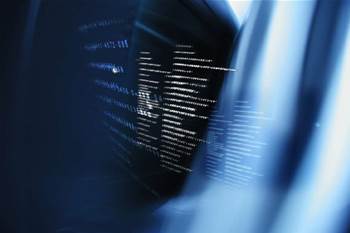 A simple web page can tip debate in a organisation's favour.

Web pages containing a written apology and useful information help to take the sting out of data breaches, Barclaycard says.

Such a page should contain an acknowledgement, apology and plan of action (three 'As'), payment security head Neira Jones said, along with information about the breach.

She told the IRISSCON event in Dublin news of a breach could take around seven minutes to circulate worldwide following the publication of such a page.

“The new dimension is speed and it needs to be an increasing part of your planning, as news will spread with or without your involvement," Jones said.

"You have to have a plan and a team and cater for that, you also need to create a web page to deal with your crisis situation.

“With the three As, it takes seven minutes for a crisis to be known worldwide. Although having a web page doesn't mean that people will listen or find you.”

The webpage becomes a central hub owned by the organisation to which a following three sets of 'As could be applied: amplification, advocacy and adhesion.

Jones said channels needed to be opened to direct people to the page which must be kept updated.

"When there is anything newsworthy, information seekers will find it out, so give them information and seek out allies and partners and share information and trust your employees. They will be your advocates.”

A final set of 'As' - answer, analyse and aggregate - could tip the breach in the organisation's favour. It required monitoring and preparing content to be posted, making public statements and aggregating all information to the single web page.

Got a news tip for our journalists? Share it with us anonymously here.
Copyright © SC Magazine, UK edition
Tags:
barclaycarddataincident responsesecurity