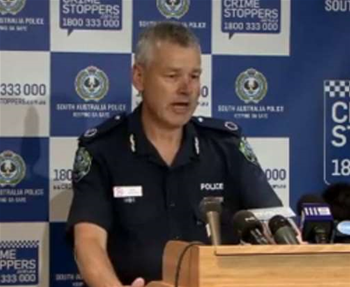 Police are struggling to cope with and make good use of the vast reservoirs of metadata collected during investigations, according to South Australia's assistant police commissioner.

“It really is quite an issue for investigators, because they almost have got too much data,” he said.

This issue was most apparent in drug investigations, Dickson said, where a suspect may have access to eight or 10 different mobile devices.

Police were struggling to make the best use of the vast amounts of data despite investment in IT, he said.

Dickson called on police forces to make analytical tools available to investigators so as to make proper use of the data, alongside additional tools to reformat the information in order for it to be provided to a court.

He said without such tools, the data can become "worthless" - a significant issue given all serious crimes investigated today involve metadata.

There was still limited knowledge as to whether metadata access actually worked to help solve crimes, he said.

“As police investigators we continually rely on solid evidence to prove our investigations and to improve our skills and abilities,” he said.

Dickson did, however, stress that metadata was integral to police investigations, and any decrease in access to the information would have a negative impact on policing.

The assistant commissioner's comments on the significance of metadata in investigations was a feature of the parliamentary joint committee on intelligence and security’s report into mandatory data retention earlier this year.

The committee highlighted the difficulty in proving whether a person had been found guilty in a court case purely because of metadata.

"It is very difficult to say that metadata was the reason that that person was convicted. Most convictions at the end of the day are because of a whole raft of different things and bits of evidence."