Police race to roll out tablets before state rivals 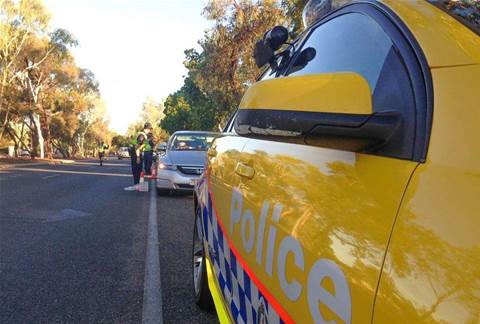 The Northern Territory Police is in a battle to become the first Australian police force to fully roll out tablets to all its frontline cops, but is facing stiff competition from other jurisdictions.

NT Police Commissioner John McRoberts told a parliamentary committee on Friday he hoped his force would take the title by getting an iPad into the hands of all 1300 frontline officers by the end of this year.

“We expect to win this race,” he said. “We are trying very hard right now to beat another police force to the finish line.”

McRoberts didn’t specify which force he sees as his number one rival, but was likely referring to his peers in the Queensland Police Service, which is accelerating its own iPad roll-out and expects to have 1200 devices to the frontline in time for the Brisbane G20 summit in November.

A rollout to all 11,000 sworn officers is not on the immediate agenda in the sunshine state.

Down south, Tasmania is also working towards equipping all its 1100 frontline troops with Windows 8-based tablets.

McRoberts said he was eyeing off “very significant efficiency dividends” from the iPad rollout.

“Information to police is about as important as flour is to a baker,” he said. “Anything we can do real-time in the field rather than police going back to the station to do business is a good thing.”

As far as NT Police CIO Peter Davies is concerned, the mobility end game is enabling the “paperless officer” who has “no need to go back to the station unless they need to interview someone”.

He revealed that work on applications for the devices will start as soon as next week, including a traffic infringement notice generator similar to the much vaunted solution built and being trialled by the cops in NSW.

Staff will begin dispatching police cars via the iPad “very soon”, using an off-the-shelf solution that is already in some use within the police department, Davies said.

Quizzed about the resiliency of the devices against frontline wear and tear, Davies said strength was “one of the really important things we looked at during the trial”.

“Of the 50 we put out onto the beat as part of the trial, we only managed to break one and I think a car ran over it.”

A PROMIS to overhaul

The NT Police's attention is also currently focused on the replacement of its PROMIS core policing database, which the commissioner described as the “engine-room of police information”.

According to the December 2012 O’Sullivan report into NT Police operations, the 15 year old system is not only reaching end of life but is also burdened by “significant data entry issues” compromising “police effectiveness and trust in the system”.

The Australian Federal Police - which both uses PROMIS and supplies it to the NT Police - has indicated it will no longer support the solution after 2017.

It has already contracted Israeli software integrator Elbit Systems to replace its own instance of PROMIS at a cost of $145 million, and the state police force is understood to be looking into the option of once again piggy-backing off the deal.

According to the O’Sullivan report, the NT Police was aiming to have a cabinet submission lodged this month in pursuit of funding for the overhaul.