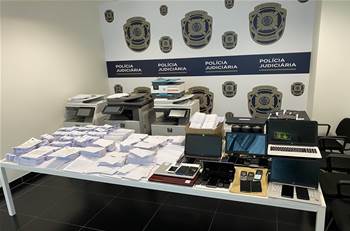 Thousands have been arrested and millions of dollars siezed, in the culmination of a massive two-month long international police operation against organised crime groups behind telecommunications and social engineering scams.

Police forces around the world collaborated with each other during the operation.

The Singapore Police Force rescued a teenage scam victim who had been duped into pretending to be kidnapped and sending videos of himself with fake wounds to his parents, along with a A$2.24 million ransom demand.

Eight suspects were also arrested in Singapore in connection to Ponzi-like job scams, that offered high-paying jobs via social media and instant messaging systems, asking victims to initally make small earnings and then be required to recruit more members to earn commissions.

The alleged scammer was extradited to China via Singapore.

China's Ministry of Public Security financed the this year's annual First Light operation, which was first launched in 2014.

Some US$50 million (A$71.3 million) in crime proceeds has been intercepted so far, and 4000 bank accounts frozen, Interpol said.

Interpol itself has been used by criminals pretending to be police agents, who would try to extort money out of individuals who were said to be under investigation, the bureau said.

A growing number of "money mule herders" are laundering money through victims' personal bank accounts, with "vishing" fraud, in which criminals pretend to be financial institution officials to obtain login credentials, also on the increase.