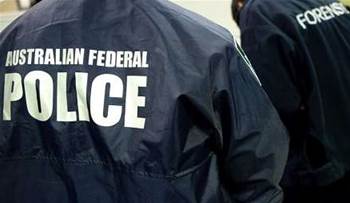 Identifies a fresh set of targets.

Federal, state and territory police have identified up to 160 “targets” following extended analysis of messages from the AN0M encrypted communications device and app developed by law enforcement for a sting operation that ran for three years.

The AN0M sting, which was revealed back in June, saw Australian and US authorities control and market an encrypted app and device to alleged criminal groups and individuals.

AN0M had about 11,000 users worldwide, including 1650 in Australia, when it was outed as an elaborate sting.

AFP said a “protracted offensive” against a new set of targets would begin from today, constituting a “second phase” of the investigation and fallout of the AN0M effort.

“When the AN0M platform was shut down in June 2021, about 19 million messages captured from the platform related to Australia,” AFP said in a statement.

“The AN0M platform has provided voluminous, invaluable intelligence and insight that has never been obtained before by Australian law enforcement.

“These key insights are helping the AFP to determine who and what it will target next, including companies and professionals who are unknowingly or deliberately facilitating transnational serious organised crime.”

AFP said that intelligence gleaned from the decrypted messages included how illicit drugs were smuggled into Australia, as well as “shared legal advice” on what to do if they were caught or charged.

Arrests based on this intelligence would likely be made over a number of years, the force said.

“It is just a matter of time before we scoop up those who believed they had gotten away with their crimes - like the alleged criminals who smashed or burned their AN0M devices.”

The AFP also released some brief additional information on what it called its “four-tier system” for distributing the AN0M devices.

The force surreptitiously recruited “mid-to-high-level criminals” to act as “wholesalers”, “some with exclusive distribution rights in certain countries and regions.”

A second tier, called agents, “had distribution rights for particular territories. They employed staff to recruit more clients and deal with ‘customer’ issues,” the force said.

“Representatives were resellers who sold devices to associates and collected fees for subscriptions; and drivers were employed to deliver the AN0M handsets.”

The AFP noted that AN0M’s demise meant that criminals and persons of interest had simply “moved to other encrypted devices.”

“It is likely some large syndicates will develop their own dedicated encrypted communication devices and private networks within the next three years,” it predicted.