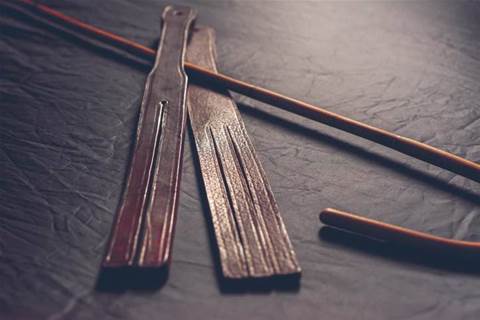 Prime Minister Scott Morrison has fired up the public service delivery DeLorean and hit the flux capacitor for a journey back in bureaucratic time to make technology a standardised, Volkswagen-style policy enabler.

And like electric windows or colour television, he's seeking to draw a line under the idea that digital is some ‘hot new thing’. It's stock.

There will be plenty of IT and digital industry handwringing and public wailing about the purge of Turnbullesque buzzwords like ‘innovation’ and ‘digital’ in the new clutch of mega portfolios, but that’s not the main game at a machinery of government level.

But the big implicit message, which will very likely be articulated tonight to senior public servants by Mandarin in Chief Phil Gaetjens, is that proficient technology execution and digital delivery are now expected as business-as-usual delivery across government, not a four year stretch target.

The challenge to the public service is essentially this: do tech right (or at least a lot better) or we will find someone who can. The digital expectation is now a standard feature, not a special extra.

There is some merit in that argument, especially after major recent debacles like Robodebt, Censusfail, the failed biometrics implementation and plenty of other smaller hiccups. The persistent challenge for agency chiefs has been sourcing decent tech talent and removing duds.

The major roadblock there has been the gaping remunerative disparities between the public and private sectors that has become a goldmine for rapacious consulting and contracting firms.

How the government will become a price setter, rather than a price taker, is still unclear, but what’s apparent is that the current thinking is there are just too many small to mid-size agencies complicating an already difficult puzzles.

Think silo-busting, the perpetual goal of data and system integration that’s meant to flow between agencies and organisations. An IT consultant will say you need to build a bridge to connect the organisations. A policy hard head will tell you lose an agency, and Morrison has done the latter.

While there are some overtly political optics, especially around perceived weak spots like environment and science, the two biggest movers at a tech delivery level are the former Human Services Department and Communications, both subsumed into mega agencies in a mega MoG.

Firstly, it’s one of the biggest tech estates in Australia, let alone the government and it’s in the middle of a huge infrastructure overhaul to replace decades-old legacy mainframe apps with something more contemporary.

The biggest hurdle Centrelink faces in this epic overhaul is the hairball of business rules, allowance calculations, budget boondoggles and other weird and witless fudges made to the welfare system as election giveaways or populist crackdowns.

Exhibit ‘A’ Robodebt, a service delivery failure so manifest and upside down it was found to be illegal.

Scomo’s solution is brutal but effective: bone the agency secretary and send the agency itself back into the policy portfolio department, social services.

It’s a kind of ‘best of’ selection of the McClure Review on detangling the welfare bureaucracy and the Uhrig Review on why not to keep creating new pet agencies willy nilly (because they grow and breed).

One major report, David Thodey’s review of the Australian Public Service, is still yet to be released. That suggests it's being optimised for current agenda, with Morrison saying it will come next week.

It's also highly significant Morrison has acted before its release, rather than referencing the Turnbull-commissioned document as an inspiration for any changes.

The effect, and there will be a profound effect, will be to make the social policy wonks eat their own dog food rather than blaming the tech implementation staff at the service delivery agency.

More importantly it will also force two different organisations to develop a common language and culture instead of continuing with a bifurcated blame game.

The change will also enable a spill of positions under the new structure that will allow the Commonwealth to plunder, borrow or potentially second highly capable state government talent, which is not a small thing.

There will be hundreds, if not thousands of capable digital-savvy early-mid career state public servants who would contemplate a federal step-up if the opportunity arises, rather than a stint in the private sector. If the money is comparable, all the better.

The Digital Transformation Agency was meant to spearhead that process with a series of ‘exemplars’ to train the troops, but was ultimately subsumed into the mainstream bureaucracy after its accident-prone minister, Angus Taylor, threw its service delivery radical chief Paul Shetler under a bus.

What will happen to the DTA is a bit of an open question until the next budget, but is has carriage of some major tech enablement and reform pieces like digital identity and joining together customer experience across agencies via myGov, so will likely stay broadly unmolested by policy obsessives.

It will also be able to expose some of the pure policy wonks in Social Services to the beneficial bacteria of the people who have to live through their big picture decisions, with some remedial classes in service design an obvious starting point.

For history buffs of the bureaucracy, the latest MoG decisions essentially draw a line under John Howard’s questionable grand experiment of creating a Department of Human Services in the first place.

(They also look rather like Keating era mega departments with plenty of talk of microeconomic reform mantra thrown in too, but you won’t see that called out.)

While it’s true the creation vanquished separate and standalone statutory agencies, Human Services flitted in and out of Cabinet and persistently encountered huge political flak at almost every turn when it tried to modernise.

The weaponisation of the Human Services Access Card, followed by the ‘Medicscare’ campaign are the two prime examples of how technology-led reform was hobbled and set back by Australia’s short and vicious electoral cycle.

Morrison is not about the repeat the same mistake. He has gone in early and hard with a message that heads can and will roll over continuing service delivery failures underpinned by bureaucrats clinging to what they know as opposed to what works best.

As of this morning five agency chiefs are gone. So is Robodebt (for the time being) and the Department of Human Services. That says a lot about the tolerance for failure and the protection of siloed empires.