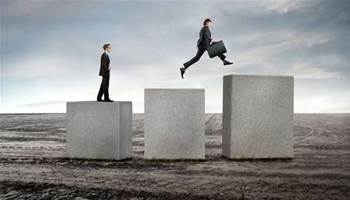 Higher calling exists for those without broader business mandates.

Chief information officers that lack the mandate to evolve IT beyond its traditional 'plumbing' or 'engine room' roles will still see their remits evolve over time, according to analyst firm Gartner.

Research analyst John Roberts told iTnews that there is no guarantee that all - or even a majority - of CIOs will see their organisational standing shift to a point where the power of the IT organisation transcends its current place in the enterprise hierarchy.

iTnews has reported separate sets of Gartner research in the past month that point to an evolution of IT's standing to be influential on matters of marketing, law and other areas not traditionally thought of as falling under the CIO's remit.

Although CIOs in each case have been encouraged to take steps to develop skills and broader influence, not all will be given the opportunity to put that into practice.

"It's by no means obvious in today's world that CIOs will get the call to do more," Roberts said.

"There are multiple futures [possible for the CIO and IT organisation] and there's no mandated requirement that the CIO will become increasingly powerful.

"There will always have to be a focus on the plumbing. Some CIOs will stay... as just the engine room."

However, CIOs without that mandate to move beyond an 'engine room' setting would still see some evolution in the role, according to Gartner's latest research.

The analyst firm sees the future IT engine room differing from the current model in two important ways, shaking prior perceptions of IT as an "internal cost centre".

"IT as an engine room implies a well-engineered, reliable organ pumping energy and life into the enterprise," Gartner said in its research note.

"IT as a cost centre, on the other hand, implies a resented necessity — a financial drain the enterprise would rather do without if only it could."

Roberts added: "The engine room certainly does have an absolute cost component to it, but it's not just simply IT as the cost centre.

"It's IT delivering the services on a cost-per-transaction basis."

He cited HSBC as an example of an IT engine room in action: "their objective over the next three years was to double the number of custom transactions and halve the unit cost".

Despite ongoing innovation at the institution's front end, IT was focused on core transactional systems, increasing the amount of transactions processed while driving down the cost of processing.

"That's an engine room at work," he said.

The second evolution of remit under a future 'engine room' scenario repositions IT as a broker of services - such as cloud applications - above and beyond the role IT traditionally plays in contract and vendor management.

Roberts likened the brokerage role to that of a facilities manager in a physical building, essentially acting as the go-to person for a range of services such as fit out, air-conditioning, maintenance, security, power and so on.

Brokering access to IT services, such as cloud applications, suggests the IT organisation will transcend current difficulties in establishing itself as the go-to for cloud procurement - or, at minimum, ensure that IT is consulted before such procurement decisions are made.