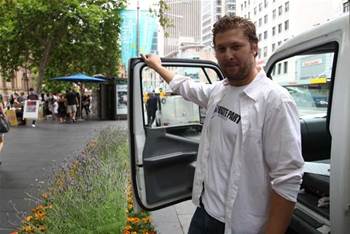 The Pirate Party of Australia has slammed the proposed international Cybercrime treaty as "fundamentally imbalanced" and likely to do more harm than good.

In submissions to the Attorney-General and the Joint Standing Committee on Treaties, the party said that although there was "no doubt" that issues such as copyright infringement, fraud, child pornography and network security offences addressed in the treaty needed airing, "serious flaws" in its wording meant Australia should reject it.

"It is a fundamentally imbalanced treaty that detracts from the good intentions and benefits the treaty may carry within it."

Serkowski said freedoms should not be sacrificed to crime fighting.

"We agree with the proposition that law enforcement require a coordinating mechanism to enable those agencies to tackle online criminal elements globally, however we should be very mindful that these mechanisms do not throw fundamental freedoms and respect for individual rights and democratic institutions to the wind.

Pirate Party acting secretary Simon Frew said the European experience showed a chilling of free expression as people were fearful of how their data would be used.

"The systematic monitoring of communications has a real effect on peoples' civil liberties and should not be implemented in Australia." Frew said.

The party submitted an earlier report to the Senate Privacy Inquiry on human rights and data retention.