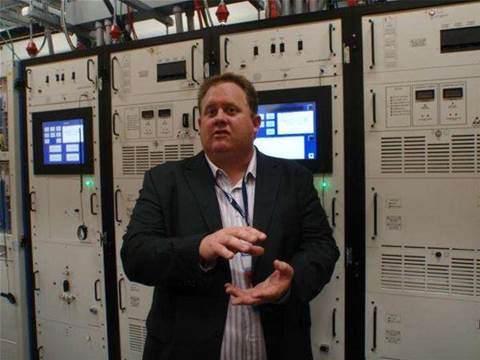 Pipe Networks founder Bevan Slattery will resign from the company on March 31, 2011 to start a new business building data centres.

Slattery, who sold Pipe Networks to ASX-listed SP Telemedia/TPG in November 2009 for $373 million, has formed a company called NextDC which will build high density, secure data centres "from the ground up."

Slattery is pouring $20 million of the profits from the sale of Pipe Networks into the business, and has already selected two parcels of land in Brisbane and Melbourne - both in technology parks within 5 - 15 kilometres of the CBD - to build his first two facilities.

Both are likely to be two-storey buildings served by dual power feeds.

Slattery told iTnews he intends to build data centres to the size and capability of Equinix, which operates two data centres in Sydney.

But like fellow data centre builders Tier 5 and E3, he is keen to fill a gap in supply and demand for quality data centre space in other capitals, such as Melbourne, Brisbane and Perth.

He expects racks within the co-location facilities to begin at 3kW per rack and average 4-6 kW per rack, providing customers a choice of traditional rack configurations, pre-fabricated and modularised fit out areas and potentially third-party pod systems should customers request.

Slattery said NextDC will differentiate itself by building data centres "from the ground up."

"Nobody is building purpose-built data centres anymore," he said.

NextDC facilities are likely to be "mostly concrete structures", including a concrete roof for the second-storey. Constructing the roof from concrete means it can bear the weight of the latest cooling technologies and provide protection from storm or hail damage or forced entry.

"We are creating wholesale space for people who have incredibly sensitive data." he said.

Slattery said he sees no need to book anchor tenants before building the data centres.

"I don't need customer demand to build, I have the capital to build," he said. "I have done my research - there is substantial demand in Melbourne and Brisbane."

Slattery said he already had approval from the Pipe Networks board to pursue the project some 18 months before TPG acquired the company.

"At that time, Pipe had stopped building data centres and was taking wholesale space from facility owners," he said. "Then with the PPC-1 cable build and the global financial crisis, things got busy.

"Once the transaction [with TPG] went through, I had a chat with the new business and got approval to proceed."

Slattery said he is "putting together a very experienced team of people" to run the Pipe business once he departs.

He said he will have no trouble building a new business whilst still employed by Pipe/TPG.

"This is a construction project, much like the submarine cable was," he said. "I will leave the construction to some very capable people - I will only be in a supervisory role rather than hands on."

Slattery expects the Brisbane facility to be online by June 2011 and the Melbourne facility by July 2011, but will release pricing details within eight weeks.