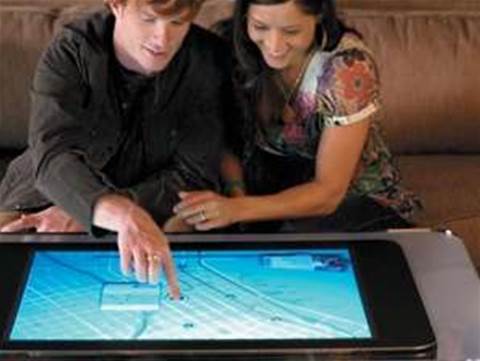 Digital agency Amnesia is showing off one of its Microsoft Surface tables to attendees of Tech Ed in Sydney, following delivery of two units late last month.

In a blog post, it was revealed that attendees of the event – which officially begins today - will be able to experience the much-hyped Surface technology first-hand.

The Surface table, which is located in the MSDN lounge in the exhibition hall, was already generating strong interest at the launch party last night. (see photo gallery opposite).

iTNews was among a constant crowd of delegates able to play around with the intuitive Surface interface.

Photos of Microsoft Surface uploaded by Amnesia last month provided a rare glimpse into how the product is packaged and its inclusions.

Microsoft Australia has not yet announced when the tables will be officially available for purchase locally.
Got a news tip for our journalists? Share it with us anonymously here.