Peters stares down cutover from Nestle IT 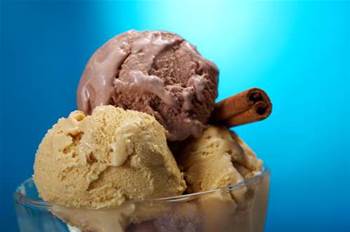 Given one year to make a clean break.

Peters Ice Cream will have no second chances when it breaks away from former parent Nestle's global SAP system, as it pushes to stand up a completely new IT environment by August 1.

The ice cream giant, bought by Pacific Equity Partners last year, was given just 12 months to cut its ties with former owner Nestle, including transitioning out from the Swiss giant's IT and accounting shared services environments.

A key project in the transition-out is to stand up a new enterprise resource planning (ERP) system that will operate in place of the SAP system that Nestle runs.

"The core project is that ERP implementation," transition manager Jonathan Hutchings said. "Many of the other [transition-out] projects are dependent on that implementation."

"We went straight into training on the Infor environment, and then we rolled into the first of two design phases," Hutchings said.

"We're coming now to the end of the second design phase. Then we'll move into user acceptance testing, end-to-end testing, and then go-live preparation."

August 1 will be a "big bang cutover" from SAP to Infor, Hutchings said.

"We will, to all intents and purposes, switch off access to Nestle SAP around that time, and start transacting on our own ERP."

System test phases will be critical as Peters does not have the luxury of being able to run the old and new ERP systems side-by-side during the cutover period, nor can it roll back to SAP if something goes wrong.

"We don't have that luxury unfortunately so our testing is going to have to be very thorough," Hutchings said.

"We'll make sure everything's working correctly but we're not planning detailed dual maintenance of transactions in the system [and there's no fallback] to the extent that we can pick up transacting in Nestle's SAP."

Peters has a team of people using Infor-supplied software to convert data from the SAP to M3 system.

"We will be just starting with the opening balances, and not taking into the system historic transactional data," Hutchings said.

Other data that will be passed through to the ERP system is generated out in the field. Sales reps — either from Peters or its distributors — use handheld devices to take orders and produce invoices when they deliver product to mostly corner and convenience stores across Australia.

Peters uses eRMS route accounting software made by Numeric Computer Systems to act as the interface between the field devices and the core ERP system.

Aside from ERP and IT infrastructure, Peters must also roll out new desktops, laptops and thin client devices, implement new payroll and 'time and attendance' systems, and either relicense or find alternatives for about "30 other individual software applications that are used to manage recipes, production systems, comply with food standards and other regulations and manage documents".

Hutchings' role also spans non-IT elements of the transition-out, "managing the projects to remove Nestle branding at the point of sale, from our packaging and from trucks and other assets".

He is also in charge of managing the relationship with Nestle throughout the transition-out period.

Peters' brands include Drumstick, Maxibon, Connoisseur, Heaven and Frosty Fruit. The firm was owned by Nestle for 17 years.