Pentagon servers attacked, but by whom? 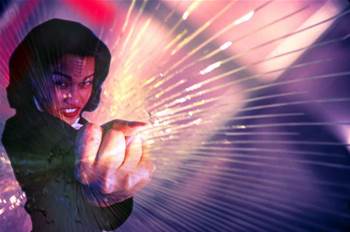 Is the Chinese military responsible for recent attacks on Pentagon computers?

That's the question after numerous reports surfaced claiming that the People's Liberation Army of China hacked into a system in the office of US Defense Secretary Robert Gates in June.

In a statement published Tuesday, Pentagon spokesman Bryan Whitman confirmed that a system in Gates' office was hacked in June.

He declined, however, to identify the origin of the attack.

China has denied any involvement in the attacks.

"Cyber- or non-kinetic type threats to military computer networks are viewed as just as real and just as significant as physical or kinetic threats," Whitman said in the statement. "The department aggressively responds to deter all intrusions to defend what is known as the GIG, the global information grid."

"A number of attacks have emanated from China," he said. "This is just one in a series, and the question, the issue that makes it so hard, is answering when it's government-sponsored."

Many countries have developed what Strauss called "military capabilities in cyber-warfare." In addition, he believes that "every country with some form of IT is looking at how to protect itself and how to attack in the event of attack on itself. This was brought home by the Russian attacks on Estonia, which essentially took [Estonian financial institutions] offline.”

Strauss emphasized that just because the attack “originated in China doesn't necessarily make it a Chinese government attack.”

“It could be an attack managed from Bermuda that originated in servers in China," he said.

Strauss said these types of attacks are launched in response to major geo-political events. One such event occurred in April 2001 when a US Navy surveillance plane collided in midair with a Chinese jet fighter.

“[It created a] big flurry of activity, and American citizens not with the government [were] trying to hack into Chinese government sites," he said.
Got a news tip for our journalists? Share it with us anonymously here.