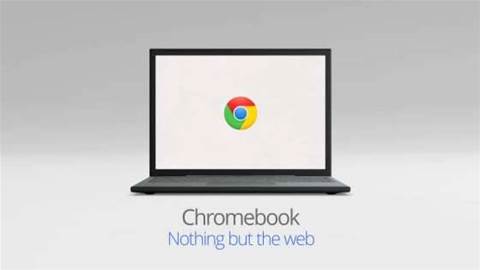 Taiwanese PC makers are reportedly cold on Google's Chrome OS due to sluggish Chromebook sales and thin support from Google.

The operating system was a key component of Google chairman Eric Schmidt's message to Taipei's media and PC makers last week, where he promoted its new Chrome OS development centre for manufacturers in Taiwan.

But the nation's PC makers were unimpressed by Chrome OS, according to Taiwanese technology publication, DigiTimes, because sales of the Acer and Samsung Chromebooks in the month after its June launch were as low as 5,000 apiece.

Google did not disclose sales figures for the notebooks at its third quarter earnings update. The devices are yet to be released to the Australian market.

The company has attempted to accelerate sales in recent months, opening two retail outlets in the UK which expanded its consumer distribution there from only Amazon and Best Buy.

A key motivation for opening the UK pilot stores was to help Google discover whether consumers actually understood the device.

Acer already appears to have missed its target of a third quarter 2011 Australian release, while time is running out for Samsung to make its 2011 launch.

By the time Chromebooks arrive in Australia, business and schools should be able to purchase the devices with a single payment after Google relaxed its "subscription only" model last month.