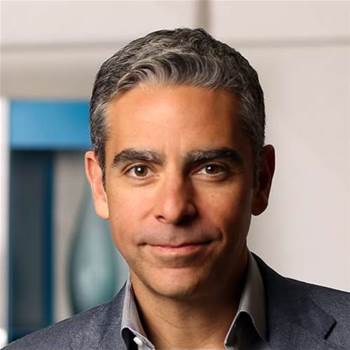 David Marcus, who has led eBay's fast-growing payments unit PayPal for the past two years, will step down this month to run Facebook's messaging products.

EBay shares fell a little more than 2 percent in trading after hours yesterday. Under Marcus, PayPal has moved more aggressively into the physical world by developing a mobile wallet for consumers as well as point-of-sale systems for retailers.

The move marks Facebook's latest effort to bolster its private messaging features as it faces competition from a new crop of popular mobile messaging services such as Snapchat and Line. In February, Facebook stunned observers by announcing plans to acquire messaging service WhatsApp for US$19 billion.

In the newly created role of vice president of messaging products, Marcus will oversee the Messenger service within Facebook's social network as well as the free Messenger mobile app, but not WhatsApp, said Facebook spokeswoman Vanessa Chan.

Roughly 12 billion messages are sent every day on Facebook, and the Messenger app has more than 200 million users, according to the company.

The move could also signal Facebook's interest in transforming its messaging service into a platform for transactions, such as buying concert tickets or making restaurant reservations, said Brian Blau, an analyst with industry research firm Gartner.

"Clearly with a background in e-commerce and payments, it’s natural to think that he’s going to bring a lot of that to Facebook, presumably around messaging," Blau said.

While Facebook has struggled to make e-commerce a popular activity on its core social networking website, messaging services are increasingly adding transactional capabilities.

"I'm looking forward to getting my hands dirty again attempting to build something new and meaningful at scale," Marcus said in a post on his LinkedIn page.

The move comes as PayPal, which has 148 million active users, faces tougher global competition from Amazon.com, which launched a recurring payments program earlier on Monday, as well as Chinese e-commerce giant Alibaba Group, which is going public later this year.

In a blog post, eBay CEO John Donahoe said Marcus was leaving behind a strong leadership team and PayPal was on track to meet its outlook for 2015.