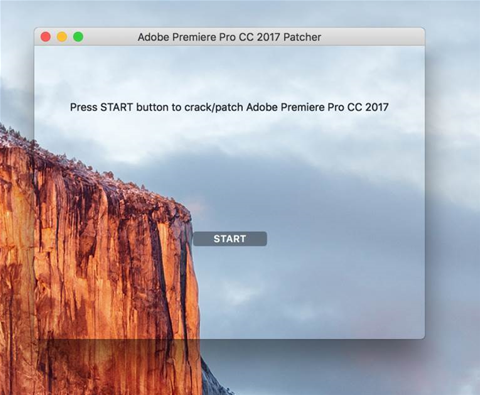 Don't pirate software, and back up offline.

Once activated by a user, the malware not only encrypts files in the /Users directory, but also scrambles data on all mounted and network storage it finds in the /Volumes directory.

The ransomware then asks victims for a payment of 0.25 Bitcoin (A$367) for a decryption key.

However, Patcher is badly coded and lacks the ability to communicate with a command and control server.

This means the key that was generated to encrypt the files on users' computers cannot be sent to the ransomware authors, and they in turn cannot send a decryption key to victims, ESET said.

In other words, paying the ransom will not unlock the files.

"This new crypto-ransomware, designed specifically for macOS, is surely not a masterpiece," ESET said.

"Unfortunately, it’s still effective enough to prevent the victims accessing their own files and could cause serious damage."