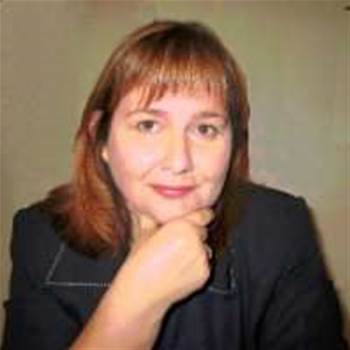 Eija Seittenranta, General Manager for Human Services’ ICT Infrastructure would be the first CIO (on an acting basis) for Parliament House.

The Department of Parliamentary Services has appointed its first ever CIO as part of a major reorganisation of the way ICT services are delivered to parliamentarians and their electorate offices.

The reorganisation is being driven by recommendations from the Roche report (pdf), which reviewed the management and delivery of ICT services for the parliament.

Eija Seittenranta, general manager for Human Services’ ICT infrastructure, has been appointed to the position of acting CIO, according to Department of Parliamentary Services secretary Carol Mills.

Seittenranta's initial task is to map out an implementation timetable for Roche's 11 key recommendations.

This includes the establishment of a 'one-stop shop' for ICT across parliament, rather than the current situation where responsibilities are fragmented between the departments of Parliamentary Services, Finance and both houses of parliament.

The recommendations also cover streamlined access to the parliamentary computing network and allowing more flexibility in the selection and delivery of IT, including new technologies.

Other key recommendations out of the Roche report are the creation of a parliament-wide strategic IT plan and that a single body take responsibility for "strategic parliament-wide ICT governance".

Roche is the fourth report since 2002 to make the latter recommendation.

Similar recommendations were made in the Podger report of 2002, an Australian National Audit Office report of 2006 that looked at Podger implementation progress, and the Briggs report in 2008, but little action was taken.

Roche canvasses the potential for a rationalisation of corporate systems used by the departments of Parliamentary Services, the House of Representatives and the Senate, and the new Parliamentary Budget Office.

It suggests that human resource, payroll, financial management and "registry" systems could be consolidated to a single shared service, administered by Parliamentary Services.

Each department runs a separate version of HP TRIM, and there are also multiple instances of the chris21 payroll system in use.

"Each department has to maintain technical proficiency in systems administration for each of these systems and that represents a burden, and a risk, for small organisations," the Roche report stated.

"Each department has to provide user acceptance testing for each new release.

"While the departments have contracted out support for their systems, DPS is still involved in the installation, upgrading and first line support for these systems."

Rationalisation could reduce that administrative cost burden, though Roche noted that it would depend on the licensing arrangements each department had entered into.

The responsibility for electorate office IT was passed from Finance to Parliamentary Services in September last year, a move generally welcomed by parliamentarians and looked upon as a kind of first step towards establishing the one-stop shop for all parliamentary ICT services.

Though Finance still retained responsibility for networked printers in electorate offices and for smartphones given to parliamentarians, Roche recommended it hand these responsibilities off, too.

Parliamentarians interviewed for the Roche report sought, among other things, a consistent desktop experience between their parliamentary and electorate offices, noting software available in one was not available at the other.

DPS secretary Carol Mills told Estimates this week that a thin client model for electorate offices is being considered to maintain consistency over the user experience.

She was also keen to offer wi-fi throughout the nationwide network of 250 electorate offices.

The Roche report also confirmed a widespread dissatisfaction among Parliament House staff in accessing alternatives to RIM’s BlackBerry handsets, and recommended more flexible choices based around budget caps and a broader menu of supported items such as iPhones and tablet devices.

The report recommended that Parliamentarians be allowed access to a broader technology options by allowing them to trade-off amounts from their stationery and office requisites allowances.