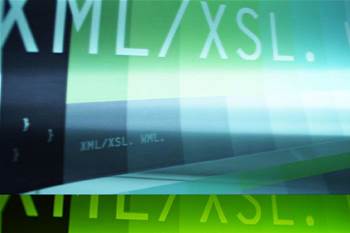 Source code arrives with a delay.

Open source developers claimed victory after Parallels maker SWSoft earlier this week provided them with the source code of LGPL software that it had incorporated in the latest version of its OS X virtualization software.

The company meanwhile maintains that it has complied with the licence at all times.
Parallels 3.0 for OS X uses four dll files from the Wine open source project. For systems running a virtual copy of Windows on top of OS X, the technology translates Microsoft's DirectX graphics to OS X' OpenGL.

Wine is a Windows emulation technology that is best known for its ability to run Windows applications on Linux. The project is governed by the Lesser General Public licence (LGPL), a less restrictive variant to the General Public Licence (GPL). Both licences require developers to disclose the use of the software and publish the source code for any adjustments that they make.

A SWSoft employee on a company bulletin board promised to publish the code early June, but as the company put off the publication, open source developers grew more impatient. Only after the issue got highlighted on Slashdot over the weekend did the firm release the source code.

Parallels' director of marketing Corey Thomas blamed the situation on a difference in expectations between the firm and developers. Pointing

"There is no specific time frame in the LGPL about when you have to provide source code," Thomas told vnunet.com. "Once people got it, they were fine. It's just that they wanted it faster."

He promised that the company will be more responsive in sending out the software, but declined to post the code online. The firm licenses a series of both proprietary and open source technologies and wants to ensure that it doesn't publish any information that it isn't entitled to release.
Got a news tip for our journalists? Share it with us anonymously here.
Copyright ©v3.co.uk
Tags:
forksgoodslgploverparallelssoftware