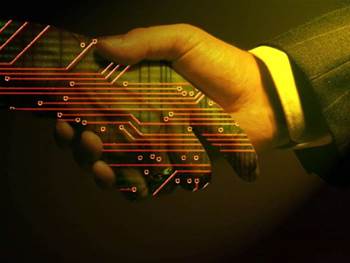 The company said that it plans to keep Palm's management structure, specifically chief executive Jon Rubenstein, in control of the operation following the expected finalisation of the deal by the end of July.

"We’re thrilled by HP’s vote of confidence in Palm’s technological leadership, which delivered Palm webOS and iconic products such as the Palm Pre, " said Rubenstein.

"HP’s longstanding culture of innovation, scale and global operating resources make it the perfect partner to rapidly accelerate the growth of webOS. "

The deal ends what has been a tumultuous period for Palm as the company attempted to re-establish itself as a dominant force in the handset market.

In 2009 the company introduced a new smartphone handset in the Pre which would be powered by its next-generation operating system, the Palm webOS.

The Pre and its successors failed to make a major splash in the market, however, and by late 2009 the company's losses began to add up.

The problems continued to mount with poor results in early 2010 and in recent weeks it became clear that the company was in need of a merger deal.

In its purchase of Palm, HP hopes to expand its own smartphone operations. The company cited the webOS as being the platform for its future mobile devices.

"Advances in mobility are offering significant opportunities, and HP intends to be a leader in this market."

Got a news tip for our journalists? Share it with us anonymously here.
Copyright ©v3.co.uk
Tags:
companydealhppalmpresmartphonetelco/isp