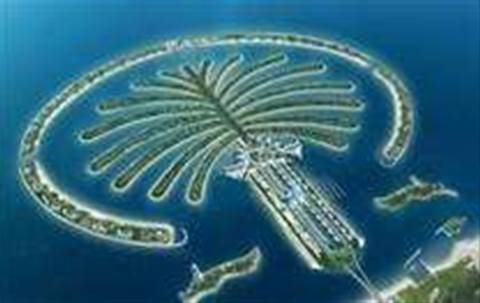 The Foleo is essentially a sub-notebook computer featuring a 10-inch screen and full size keyboard. It connects to a Palm or Windows Mobile smartphone through a Bluetooth connection, allowing it to both synchronize data and connect to the web using the smartphone's cellular radio. The device offers 5 hours of battery life and comes with a built in WiFi radio that allows user to directly connect to the web.

The device runs Linux and developers will be able to develop additional applications. Slots for SD and compact flash memory allow for memory expansions and a USB slot will enable for peripheral devices.

Palm touted the 'smartphone companion' as a more convenient way to read and write large email messages as well as open up attachments. It also allows users to view and edit documents in formats including Microsoft Word, Excel and PowerPoint as well as Adobe's PDF.

The Foleo was designed by Jeff Hawkins, a PDA and smartphone pioneer who previously invented the Treo. He touted the Foleo as a natural extension of the smartphone.

"Smartphones will be the most prevalent personal computers on the planet, ultimately able to do everything that desktop computers can do," Hawkins said in a statement.

"However, there are times when people need a large screen and full-size keyboard. As smartphones get smaller, this need increases. The Foleo completes the picture, creating a mobile-computing system that sets a new standard in simplicity."

The Foleo reminds of the Nokia 770 Internet Tablet. Although much smaller than the Palm device, it's 4.1in, 800 by 480 pixels screen aims to let users surf the web through WiFi or through a Bluetooth link-up to a phone's data connection. Both devices run Linux.

Palm last month disclosed that it was developing a special Linux version designed to run its next generation Treo phones. The company wouldn't say if the Foleo will be using this operating system. A company spokesperson also declined to comment on the device's storage capacity.
Got a news tip for our journalists? Share it with us anonymously here.
Copyright ©v3.co.uk
Tags:
companion foleo off palm shows smartphone telco/isp