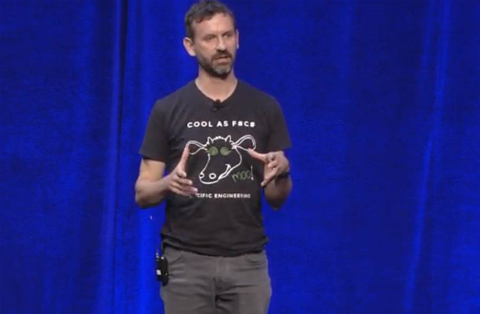 The company - which publishes New Idea, InStyle, Marie Claire, and Women’s Health, among other titles - spent a decade where it did not control the digital properties for the titles.

“In the mid noughties, all of our digital assets went into Yahoo7, and then we got them back effectively 10 years later,” digital product and technology director Will Everitt told AWS’ re:Invent19 conference last month.

“We call that ‘the lost decade’. It's very uncommon for a major publisher not to be in control of their own destiny.”

When control of the digital properties was regained from Yahoo7, Pacific had “a two or three-month period” to relaunch the sites on new infrastructure.

“Effectively, our initial architecture was based on a managed Azure web environment,” Evertitt said.

“What we experienced initially with that is that we were having issues with things like page speed, and we were also experiencing some instability issues.

“We needed a stopgap just to keep up with the growth of the business. So how we addressed that [is] effectively [with] a reverse proxy.

“We put in front the [AWS] CloudFront CDN, so that bought us a bit of time.”

But, Everitt said, instability issues returned as traffic to the sites increased.

“We started to have outages, user engagement started to reduce, and this also started to decrease our SEO authority,” he said.

“We all knew where this was going to lead us to … impacting our digital revenue, and this was a key growth part of our business.”

Pacific already hosted a handful of “product review” sites on separate AWS infrastructure, and made the call to switch all sites over to AWS. The company used a mix of internal staff and resources from AWS partner Kablamo.

“We did [the migration] a site at a time,” Everitt said.

“We effectively froze content and publishing, and just did each site, step by step.

“We started off with a … site that had lower traffic, but because there was so much urgency [to improve website performance due to traffic growth] we then hit the big sites that were getting the big traffic straightaway.”

Everitt said that AWS’ ability to automatically scale up compute to meet demand was put to the test inside of a few weeks.

“We were kind of lucky in a way because it was not shortly after we had completed the last migration, we actually had a DDoS attack that generated an extra 500 percent traffic onto one of our sites,” he said.

A recently-released AWS case study notes the DDoS was launched against New Idea.

“Some of the editorial team got really excited. They thought they'd released a big news story, but no, it wasn't that,” Everitt said.

“But what it did prove is that we are ready now with our platforms for the future.”

Everitt indicated AWS would play an expanded role in future plans at the publishing house.

He said work in 2020 would focus on creating and building out content APIs to allow Pacific to seed stories in emerging aggregation channels.

“Whether it's Apple News, Facebook Instant Article, or even Apple News+ there's always a new media channel that we're having to get to, and to be competitive it's who can get there quickest and build up that extra reach and audience,” he said.