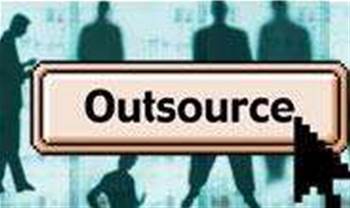 Analyst predicts ties between India and the west..

The outsourcing market is set to undergo more consolidation among the mid-sized tier-two providers, according to a global management consultancy.

Paul Teather, regional president at Compass Management Consulting, predicted growth in the business process outsourcing market, alongside overdue consolidation in which the market will settle down to between five and eight mid-sized players.

"There are too many players at the moment that are not big enough to be truly competitive by scale, so there will be consolidation between a number of tier-two organisations," he said.

Teather, who has 16 years' experience of the consulting industry including spells with Unisys, Atos Origin and KPMG, also argued that the coming months could see Indian outsourcers and their western counterparts finally making acquisition moves for each other.

"But we will start to see these issues overcome because, when you look at the likes of IBM and Accenture, they have so many people in India anyway."

Got a news tip for our journalists? Share it with us anonymously here.
Copyright ©v3.co.uk
Tags:
businessconsolidationconsultingindianmarketoutsourcingprovidersstrategy