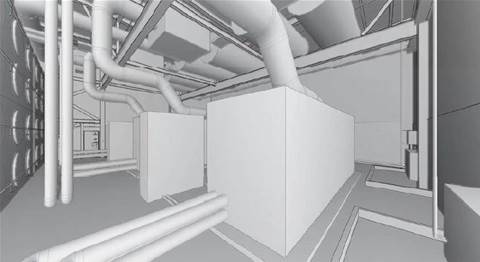 The Australian Signals Directorate is increasingly worried ageing electrical systems at its Canberra headquarters could fail and take out the IT and infosec systems it relies on to protect critical government and defence operations.

The cyber-defence agency is seeking parliamentary approval for a major upgrade of building services at its headquarters in Russell, Canberra, covering mechanical, electrical, physical security and related works.

“Elements of the existing electrical infrastructure have reached or exceeded its effective service life and can no longer be relied on to function correctly,” Defence said in a parliamentary filing.

“There is an increasing risk of a failure within the electrical system resulting in widespread damage to electrical systems and/or connecting ICT equipment and major disruption to business continuity.”

The buildings house IT systems used to support cybersecurity, signals and geospatial intelligence as well as intelligence assessments. They also act as a hub for government communications services and cryptographic capabilities.

On top of electricity infrastructure in its two buildings, ASD also wants to upgrade uninterruptible power supplies (UPS) and chillers used for its IT systems.

The total cost of the works is expected to be $75.4 million. Were the agency to try to rebuild instead of upgrade, the cost could run to $800 million.

While Defence said that “is financially viable in the medium to long term”, it favoured upgrades to existing buildings in the short term, owing to “other Defence capital works priorities”.

If approved, works would begin in the middle of this year and run through until “mid-2020”.

“The ASD is a critical element of the Australian government’s security,” Defence said.

“This will contribute to Defence capability and effectiveness, which has an inherent public value”.