Outback Stores outsources the IT shop 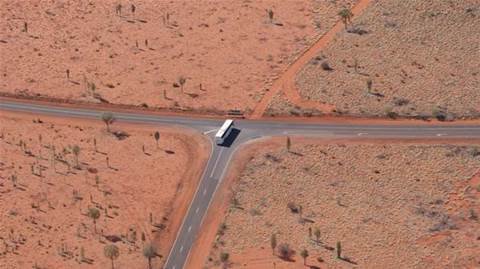 The not-for-profit organisation, which reports to the Minister for Indigenous Affairs, was set up in the lead-up to the Australian Government’s Northern Territory Emergency Response Bill (the ‘intervention’).

The intervention was a controversial policy that, among other things, gave the Government greater power to ensure welfare payments were spent on basic needs (food and housing) in remote indigenous communities.

Outback Stores operates a chain of small retail supermarkets in 25 of the most remote communities in Australia, on behalf of their indigenous owners. It is tasked with ensuring food security in these areas.

Each store contains one or more point-of-sale (POS) terminals, from where sales data is aggregated in a back office system on-site and transferred over satellite or mobile (Telstra Next G) networks to Outback Stores’ Darwin head office in an overnight batch process.

This network has been secured using WatchGuard appliances on-site connected to a core router in Darwin.

Territory Technology Solutions previously provided telephony, printers and security technologies to Outback Stores, but under a revised tender signed this month it will replace Sydney-based IT provider Source IT to provide an end-to-end service which also includes servers, desktops, network management and support.

The outsourcing allows Outback Stores’ two internal IT staff to focus on higher-level support for POS applications and hardware.

Outback Stores chief executive officer Steve Moore said many of these communities were so remote, it would be uneconomical to fly out technical supplies or support resources. Instead, store merchants tended to freight any faulty equipment back to Darwin.

The reliability of the IT infrastructure was thus “absolutely vital” to the operation, he said.

“Technology gives the Darwin office access to the store systems to monitor sales, communicate with managers and help us with price controls,” he said.

Moore said Outback Stores needed to maintain “price integrity” across the 25 stores despite any fluctuations in wholesale prices for fresh fruit and vegetables week by week.

Changes were downloaded to the stores daily to "ensure we aren’t charging too much or too little in a given store,” he said.

Moore said that about a third of Outback Stores branches were commercially unviable, another third barely viable and a final third readily able to turn a profit.

The company measures its success on how little money is required to subsidise the unviable stores, and conversely how low it can drive margins on healthy food in the profitable stores.