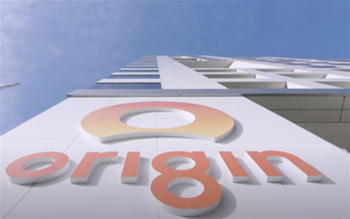 Origin Energy is training its digital focus on the delivery of new features and ‘hero’ experiences for customers, having laid considerable foundations over the past few years.

In this week’s episode of the iTnews Podcast, chief digital & growth officer Rod van Onselen discusses his dual remit, Origin’s digital strategy, and where the company is focusing its current efforts.

Van Onselen joined Origin almost five years ago, initially as the chief digital officer, before adding transformation and now growth to his job title and remit.

The transformation focus - which ran from 2019 through to early 2021 - coincided with Origin’s Retail 2020 program.

“We broadened the [CDO] role to focus on not just digital transformation, but end-to-end transformation of our retail or customer-facing business, so that was all channels, people, process, and systems, digital and non-digital,” van Onselen said.

When Retail 2020 wrapped up, Origin then shifted into a customer and revenue growth phase, and van Onselen’s role “morphed” again to meet this evolved strategic focus.

“I now have a dual digital and growth focus - thinking about how we take the retail business a big step up in terms of our number of customers and particularly the number accounts that our customers hold with us,” he said.

The growth mindset is a running theme in van Onselen’s work, having previously spent time growing startups and helping scaleups, as well as more traditional large enterprises like Sportsbet and ANZ.

“A key thread that's run through all of those roles has often been about growth,” he said.

“It's certainly been an area of interest of mine. And a great thing about driving growth - and topline growth - is often that digital is a key part of that, either enabling it or directly delivering it.

“There's quite a nice complementarity between the two.”

Van Onselen said that Origin’s digital strategy has “changed a lot over time” but is mostly focused around three layers.

The first layer was - and still is - about the customer: “the features and the services that we would deliver, being really crisp and clear about what those hero experiences are going to be versus those that just needed to be functional, and where we were going to really make a difference to customers.”

The second layer was “about how we were going to engineer an advanced digital platform and architecture.”

“There was a lot of enablement and technical work behind the [addition of new] features to think about,” he said.

The third layer of transformation was around ways of working, and has seen Origin tackle digital work iteratively, with cross-functional teams that work in an agile manner.

“We have this multi-layered approach to digital, and there was a lot of work that had to be done across all of those different layers,” van Onselen said.

“Fast forward to now, there is always work to be done on the architecture, our platforms and our ways of working, but a far greater proportion of our effort now goes into the feature delivery and ensuring that the proposition experience for customers is outstanding and expanding into new areas.

“That's simply because a lot of that foundational work - while it's not complete, it's never done - is well progressed.

“That changes what we're focusing on.”

Origin Energy is seeing strong progress in its embrace of digital-first and mobile-first customer experiences.

“We had, and have, an aspiration that digital is the first port of call for customers when they need any sort of service from us,” van Onselen said.

“The best way we measure that is simply by what customers do and how they engage with us, digital versus non-digital.

“And on the self-service side, when I joined, there would have been about 30 percent of our interactions or customer service requirements that were solved or resolved digitally. That's now at about 94 percent.

“So digital has become that central place that customers of Origin go to fulfil most of their needs, which is fantastic.

“It's great for customers - they're getting the experience they want at the time they want with the convenience they expect, and it's great for us as well, because it really frees our contact centre teams up to focus on the most complex, highest order needs that customers have, rather than dealing with many of the things that could have been - but previously weren't - digitally resolved.”

While openly digital-first, van Onselen said the company had no desire to be digital-only.

“We have a really important and significant team that serves customers, both from a sales and service perspective, in our contact centres,” he said, adding that whether a sales or service query was resolved in-person or digitally would “depend on the nature of the interaction.”

Another major driver of digital experience in Origin’s retail business is Kraken, a core system and operating model that Origin has licensed from UK disruptor Octopus.

Kraken replaces SAP for core billing and CRM in Origin’s retail business, and is expected to power a number of digital experiences, from moving house to switching energy plans.

The company has so far migrated 855,000 customers to Kraken and expects to move the remainder over by the end of 2022.

“Moving to Kraken gives us a ‘custom-built for energy’ specific CRM and billing system that brings with it an ability to make change quickly, a really flexible and adaptable platform, and one that is actually very intuitive for our energy specialists to use,” van Onselen said.

“It's a really fundamental part of where we're going and something that we're really excited about and we think is going to be a key part of really levelling up the customer experience and cost advantage that we've achieved over the last few years.

“It’s a real game changer for Origin in the energy market, and also beyond energy [with] the other products we're trying to sell and serve customers with.”

“There are some big opportunities around thinking forward on how customers engage digitally,” van Onselen said.

“Traditionally, the sort of click and swipe [based interaction models] will really need to be augmented by much more of your voice and smart speaker / smart home type capabilities.

“That will mean customers are able to seamlessly get updates or issue commands that go to actually controlling the appliances and assets in their household or business, and turning them on and off depending on what's occurring in the grid or what their needs are.”

With cost of living pressures also high on customers’ agendas, Origin is also looking at how it might be able to assist.

“I'm really looking forward to some of the ‘value’ plays that we're going to bring to market, so really thinking differently about what it means to be a customer of Origin and what we can offer customers that go beyond the core products and experiences we've been offering, to actually give them [assistance] with cost of living pressures and really add value to them beyond just the supply of energy itself or some of our other services like internet access,” van Onselen said.

“They're the big themes that are exciting to me. I think some of those are going to shake the market.”