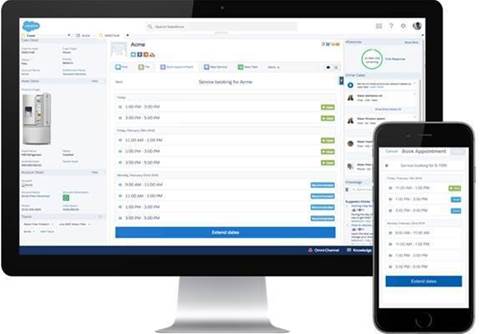 Origin Energy has ditched disparate paper and manual processes for field workers in three of its businesses in favour of a single cloud-based platform for field management.

Until last year, technicians and contractors in Origin’s solar, LPG, and metering businesses were relying on Excel spreadsheets and emails to track and schedule on-site servicing for customers.

There was also no efficient way to properly manage contractors and how they were performing.

“We weren’t able to action things in an efficient way. It left dispatchers not as productive as they could have been,” Origin energy digital service owner of energy supply and operations Hillary Hicks told the Salesforce world tour conference in Sydney.

Over the past 18 months, Origin Energy has progressively implemented Salesforce’s Field Service Lightning management within the three businesses.

The platform is built on Salesforce’s Service Cloud and offers scheduling and dispatcher console functions, accessible for field staff through a mobile app.

Origin opted to deploy the platform in a phased approach, adding functionality as benefits were proven.

The energy company started first with the home services team in its solar business. Its initial use case for the platform was predominantly for capacity and contractor management.

This expanded after February 2017 when the Field Service Lightning mobile app was launched, meaning staggered rollouts to LPG technicians and to its metering business over the remainder of the year had additional functionality.

“The phasing worked quite well. It meant that when we were rolling out, we’d already had the platform running in another business, so we could do demos and show learnings in terms of change management,” Hicks said.

Origin expects to reap the full benefits of the change once it finishes implementing e-forms for the three businesses midway through this year.

“[That’s when] we’ll really get the full end-to-end savings in terms of getting rid of the paper base, and seeing those efficiencies,” Hicks said.

“Everything that happens on site will be captured and put into Salesforce, and those manual steps will be removed.”