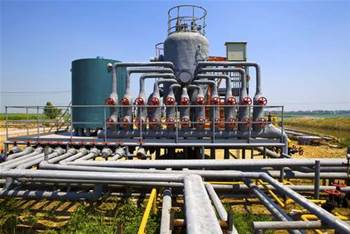 Origin Energy has revealed new details about a nascent intelligence and innovation function in its integrated gas business, simply known as [X].

The little-known function is being led by Origin’s former group manager of strategy, Felicity Underhill.

She was made director of [X] in September last year, characterising her role at the time as “helping Origin fuel a better future through rampant, creative collaboration and innovation across the business".

Ten months on, it is now clearer what [X] is and how it might affect Origin’s gas business.

The company said overnight that [X] will act an “intelligence function” and an “innovation, strategic pillar” of the integrated gas business.

“[X] aims to open up and connect Origin’s challenges, assets and people with the best brains, practices and technologies available world-wide by constantly scouting and establishing a network of value add partners,” the company said.

“[It] is dedicated to the cultural and digital transformation of Origin and the delivery of massive benefits through a positive and engaging new way of working at Origin.”

Origin said the unit would “not accept mediocrity”, emphasising that the company intended to use it to “learn from the best in the world”.

Part of [X] includes a data science capability that is currently being put together. The skills will be put to work on “a pipeline of high value projects”, though the company did not provide detail on where it was looking to extract early value.

[X] appears to mirror elements and goals of a plan put together by gas rival Woodside Energy back in early 2015.

Known as the Woodside innovation and technology hub (WITH), the strategy sought to build a "diverse community of world-class innovators and leaders working together to share knowledge and realise innovation to meet the future needs and challenges of the global oil and gas industry".

WITH would later morph into the FutureLab strategy, where Woodside maintains ties with multiple researchers looking at various challenges faced in the company’s operations.

Woodside has also benefited from building a data science capability, for which it maintains substantial first-mover advantage in the gas industry and is seen as a model by others, including US giant Chevron.

Origin Energy is the second listed company in a week to name an innovation practice ‘X’. Woolworths last week revealed the existence of WooliesX, a new digital arm combining four divisions into one.