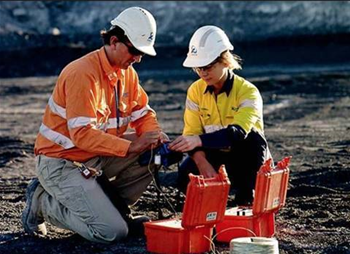 Orica expects new technology will deliver a $15 million boost to EBIT in the 2021 financial year, following the completion of its multi-year SAP roll out and further investment in digital technology.

In its full-year result published today, the company recorded a 31 percent decline in profit citing disruptions caused by the COVID-29 pandemic but said it still achieved key strategic milestones.

The explosive maker said the largest and final phase of the SAP project was implemented in July 2020.

The business notified the market on October 12th that it needed to delay publishing its full results after “COVID-19 related challenges” caused a delay in closing the books in the new system.

At the time, Orica managing director Alberto Calderon described the deployment of SAP as a “historic, and game-changing, milestone” and noted, “the underlying business has transitioned without major disruption.”

“Our manufacturing operations have continued uninterrupted, and we now have clear visibility on sales and billing. The system is already delivering material operational insights and efficiencies and helping improve product security and customer outcomes,” he said in a statement to the ASX.

“Nevertheless, due to delays caused by COVID-19 quarantine and the impact this has on closing accounts and auditing them, we have decided it is prudent to defer our financial results release by two weeks.”

The full results, released today, said the benefits of the completed SAP project will begin to be embedded across the business.

A 20 percent annualised cash return on investment on the SAP project of approximately $60 million is expected by the 2023 financial year.

The transition to the new SAP operating system as well as an impairment review identified $63 million of legacy IT assets that would no longer be used by the business.

Orica is also conducting an organisational structure "to support the new standardised end-to-end processes that were implemented with the new SAP system" that will generate a $25 million bill for redundancy costs.

Calderon said Orica achieved its global adoption targets for a suite of digital solutions, including its field information system BlastIQ and WebGen, its wireless detonation technology.

During the year new WebGen trials have largely been paused due to challenges from COVID-19 in accessing mines and mobilising the relevant staff.

“We now have 87 sites benefiting from our BlastIQ platform, a number which we expect to double on average for several years, and we have now completed over 1000 wireless blasts since launching WebGen in 2017,” Calderon said.

“We are confident that the deployment of our new WebGen 200 product, and achieving critical mass, will drive ongoing profitable growth."