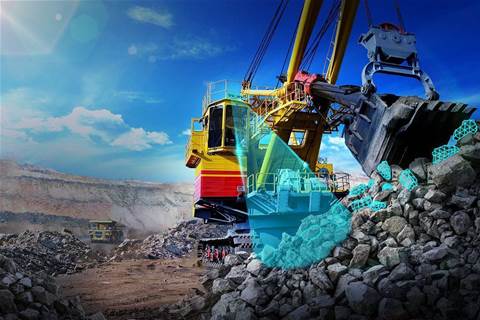 But at explosives manufacturer Orica, they’re highly commercial products now on the frontline of automation that’s saving lives in the mining industry.

The $8 billion ASX-listed on Tuesday put its tech smarts on parade, telling investors the company is successfully pivoting from a traditional heavy manufacturing footing to a digital-first mining technology and services provider intent on maintaining leadership on a massive and volatile world stage.

Explosives-as-a-Service might sound a little extreme, but it’s fast becoming a very real thing as mining giants continue to plough hard cash into machines that can go where humans can’t.

Orica’s big digital push started back in 2017 when the Australian headquartered company embarked on a program known as ‘Leaner through Breakaway’ to reposition from being a commodity supplier of mining products to an indispensable technology provider.

The core the transformation is blast management, which, in very simple terms, is drilling holes that are then filled with explosives and detonated to extract mineral resources in the form of ore.

But it’s the data that can be derived from rocks, both before and after blasting, that Orica says is making the difference for its clients because it’s taken blowing apart rocks from being a hard science to an artform owing to the ability to model, design and control how the rubble comes out.

They also keep humans – Orica employs 11,000 of them – at a safe distance and prevent lethal accidents like accidental firings that can shut mines and their operators down. Lightning strikes, never a good look when playing with explosives, can also be mitigated.

Orica says it now has 35 site implementations of Next Generation Blast IQ across 25 customers, with that number expected to scale.

Those numbers follow Orica’s CEO Alberto Calderon setting out the company’s digital strategy in late June, chunking down the tech race in the minerals industry to its basic elements.

“Orica and our competitors are currently involved in a fierce contest across mine sites all over the world. It relates to the correlation between how you design and execute the blasting of rock with explosives and the quality of the fragmentation you get,” Calderon said in a speech to the Australian American Chamber of Commerce

“Getting this relationship right is critical because it determines the digging, loading, hauling and milling efficiency that turns the extracted rock released from the blasting into useable product.

"These downstream processes can be as much as 80 percent of total mine processing costs and are a perennial efficiency target for mine site management. So there is a lot at stake.”

Calderon said the Blast IQ system provides mine sites with a fully integrated learning platform “that captures real time and post blast data to optimise blast design and improve execution and verification in the field.”

“It is supported by mobile applications and an array of advanced interconnected IoT sensors.”

One of the major tech products Orica has developed and is now pitching at miners is known as FRAGTrack, which automatically measures rock sizes and captures real time data in the form of 2D and 3D mapping via optical sensors.

The FRAGTrack sensors are fitted to plant and equipment and then feed back data to the BlastIQ platform to optimise future blasts.

Then there’s the fun job of driving around the truck carrying bulk explosive that are piped into a grid of holes before detonation.

Calderon said Orica now has “a fleet of highly specialised on-site trucks that deliver our bulk explosives based on wireless instruction from this platform and then record the ‘as loaded’ data for quality assurance.

“This interconnectivity drives unrivalled reliability and predictability and has seen the costs, time and frequency of blasting all decrease.”

“We believe we can reduce drilling costs by 10 percent and increase mine productivity by 5 percent which are significant figures,” Calderone said.

“We strongly believe that we can shape technology-driven disruption into an advantage and write the next chapter in our long and successful corporate history.”