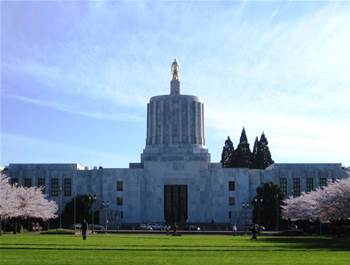 Accused of "fraud, lying and racketeering".

The state of Oregon has filed a lawsuit against Oracle America and six of its top executives, accusing the software giant of fraud for failing to deliver a working website for the Affordable Care Act program.

The 126-page lawsuit, filed in Marion County Circuit Court, claims that fraud, lying and "a pattern of racketeering" by Oracle cost the state and its Cover Oregon program hundreds of millions of dollars.

"Not only were Oracle's claims lies, Oracle's work was abysmal," the lawsuit said. Oregon paid Oracle about US$240.3 million for a system that never worked, the suit said.

Oracle issued a statement saying the suit "is a desperate attempt to deflect blame from Cover Oregon and the governor for their failures to manage a complex IT project. The complaint is a fictional account of the Oregon Healthcare Project."

The company said it expects to prevail in both the state court lawsuit and in a breach of contract suit it filed against Cover Oregon two weeks ago in federal court.

But the Oracle-built site never worked and Oregonians were forced to submit paper applications in a hastily-organised process. In April, Oregon moved to an exchange run by the federal government.

The long-expected lawsuit bases some of its claims on information apparently given to the state by a former employee.

The whistle-blower told the state that Oracle "planned ... a behind the scenes effort" to keep the state from hiring an outside systems integrator who would oversee the project.

The suit asks Oracle to pay for Cover Oregon's financial losses, plus penalties for damages.