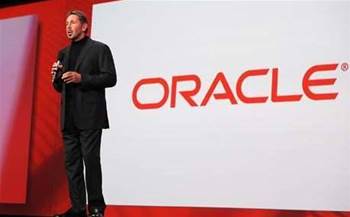 Co-CEOs Catz and Hurd take over.

Oracle's longstanding chief executive Larry Ellison today announced he would step down, to be replaced by co-CEOs Safra Catz and Mark Hurd, as the business software company looks to modernise and fend off fast-moving cloud-based rivals.

Ellison, who co-founded the database company that became Oracle in 1977, will become executive chairman and chief technology officer.

Under the new arrangement, all manufacturing, finance and legal functions of Oracle will report to Catz, while sales and service units will report to Hurd. Software and hardware engineering will continue to report to Ellison.

“Safra and Mark will now report to the Oracle board rather than to me,” Ellison said in a statement.

“All the other reporting relationships will remain unchanged. The three of us have been working well together for the last several years, and we plan to continue working together for the foreseeable future.”

"While there was some speculation Larry could step down, the timing is a bit of a head scratcher and the Street will have many questions," said Daniel Ives, an analyst at FBR Capital Markets.

"Investors have a mixed view of Safra and especially Hurd as co-CEOs given the missteps we have seen from the company over the past few years."

Oracle shares fell 2.4 percent to US$40.55 in after-hours trading, after it reported sales below Wall Street's average forecast.