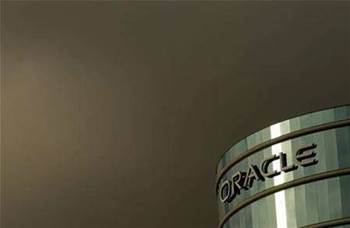 An Oracle attorney cited emails between top executives at Google as prime evidence that Google took its intellectual property to gain an edge in the lucrative smartphone market, at the start of a high stakes trial between the two tech giants.

Opening statements between Oracle and Google began on Monday in a San Francisco federal court.

Oracle sued Google in August 2010 over patent and copyright claims for the Java programming language.

According to Oracle, Google's Android operating system tramples on its intellectual property rights to Java, which it acquired when it bought Sun Microsystems in 2010.

Google says it does not violate Oracle's patents and that Oracle cannot copyright certain parts of Java.

The trial before US District Judge William Alsup is expected to last at least eight weeks.

Oracle attorney Michael Jacobs said Google took copyrighted Java "blueprints" to harness the creative power of millions of Java software developers, so they then could write applications for Android. However, Google never obtained the proper license, he said.

"You can't just step on someone's IP because you have a good business reason for it," Jacobs said.

Jacobs displayed several Google emails to the jury, which were relayed to the courtroom gallery on a high definition screen. In 2005, Android chief Andy Rubin sent one to Google co-founder Larry Page proposing to take a license to Java.

But according to Jacobs, a May 2007 email from Rubin to then-CEO Eric Schmidt shows that Google consciously decided against taking a license.

Some spectators in the packed courtroom strained to read the email, displayed alongside photos of Rubin and Schmidt.

"I'm done with Sun (tail between my legs, you were right)," Rubin wrote to Schmidt. "They won't be happy when we release our stuff."

Google's Prosser said Java inventors cheered Android when it was released. But Jacobs told the jury that Sun executives were not happy behind closed doors, regardless of what they said publicly.

Before jury selection began, Alsup warned both companies that they should not expect to keep sensitive financial information secret.

"This is a public trial," he said.

Jacobs did not divulge any financial details about Android during his presentation on Monday.

Early on in the case, estimates of potential damages against Google ran as high as US$6.1 billion. But Google has narrowed Oracle's claims to only two patents from seven originally, reducing the possible award. Oracle is seeking roughly US$1 billion in copyright damages.

A retired teacher, a US postal worker and a store designer for Gap were among the jurors selected on Monday to decide the case. The seven-woman, five-man jury also included a retired photographer, an avid hiker and a nurse.

Oracle also said in a court filing on Sunday that it expected Google CEO Larry Page to be among its first witnesses.

Ellison will testify about the importance of Java to Oracle's business and the harm Android has caused the company, according to the witness list.

The testimony from Page, a relatively reclusive figure, could include details about Google's business plan and marketing strategy for Android, including the company's recent acquisition of Motorola, the witness list shows.

The trial will have three phases: copyright liability, patent claims, and damages. Page could also testify about revenue and profit projections for Android, including advertising revenue, the witness list said.