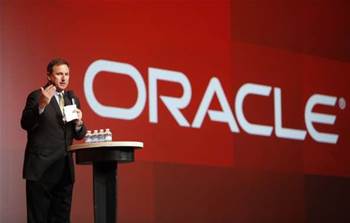 Software giant Oracle's headcount for the Asia Pacific has dropped in the last quarter despite CEO Mark Hurd's push to hire more sales people this year.

The reduction in headcount for the Asia Pacific region came as Oracle posted higher first quarter earnings, but missed estimates for revenues, which climbed 2 percent to US$8.37 billion.

New software sales and internet-based software subscriptions rose 4 percent to US$1.7 billion during the quarter, while revenue from its hardware systems products fell 14 percent to US$669 million.

After its third-quarter results in April, Oracle chief financial officer Safra Catz said the company was hiring thousands of sales reps around the world.

The statement came after Hurd and Oracle co-president Larry Ellison said the group would increase its “tooth to tail ratio”, hiring more sales people while at the same time downsizing some of the groups whose job it was to help them.

Oracle’s quarterly statement showed headcount rose during the quarter in all other regions, however in Asia Pacific reduced from 45,855 to 45, 513.

The results come ahead of next week’s Oracle Open World conference, during which it will announce an in-memory option for the Oracle database.

“Virtually every existing application that runs on top of the Oracle database will run dramatically faster by simply turning on the new In- Memory feature,” Ellison said in a statement.

In a conference call after the results announcement, Hurd said the overall sales team was up.

“We’re making investments in productivity to make them sell more.

“We’re growing faster than our key competitors and our attrition is down on historical levels and down significantly from last year.”

A local Oracle spokesperson has been contacted for comment.