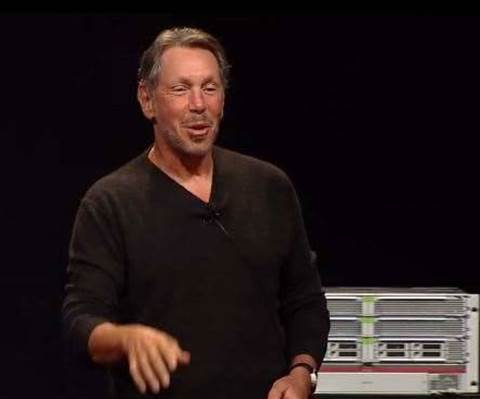 Oracle this morning launched the SPARC T5 processor and servers based on it which the company says are the fastest machines currently in the world.

The new SPARC T5 is fabricated with 28nm lithography and runs at 3.6 GHz with 16 cores. Thanks to the four DDR-3 memory controllers being integrated on the processor die, the T5 provides up to 80 gigabytes per second bandwidth.

Three new T5 servers with two, four and eight processor sockets were launched by Ellison, as well as two 16 and 32 socket mainframes.

Chief executive Larry Ellison said Oracle has set 17 new benchmark records with the new processor, which he said is "faster than anything from Intel and IBM".

According to Ellison, the T5-8 processor is five times faster with applications than the previous generation T4-4 and provides better integer performance than the IBM Power CPU. A US$620,000 T5-8 server managed over 8.5 million transactions per minute in Oracle testing, Ellison said.

In SAP's SD standard application benchmarking performed on March 15 this year, a SPARC T-5 based M5-32 server processed over 9.4 million line items and more than 28 million dialog steps per hour, with 85,050 users and an average response time of 0.80 seconds.

Ellison envisions database and Java functions to move from software to silicon, to further accelerate performance. He said it can be done, as for instance encryption is now done in hardware.