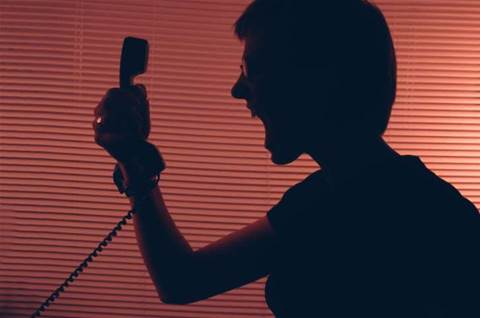 A backhoe and a faulty network card took down mobile, landline and Internet services for more than 1 million Queenslanders yesterday.

The wide-ranging crash affected customers in Queensland and northern NSW, cutting services for Optus and networks that lease Optus hardware, including iiNet, 3 Mobile and Virgin.

Access to the state’s triple 0 emergency services was “sporadically” disrupted, an Optus representative has confirmed.

Normally, when a phone service is unavailable and triple 0 is dialled, a mobile phone searches for the nearest network and connects through that service.

But yesterday “there were times that calls to the triple 0 service were not functional.”

“Calls were failing within the Optus ‘switched’ network, which meant that calls were unable to progress to other networks and services.”

Faults with both fibre optic lines

The fault occurred at 8am Tuesday when a contractor, excavating earth and laying pipes as part of the water grid, cut through a fibre optic cable on the Optus network’s coastal fibre path.

The damage occurred at Molendinar, between Brunswick Heads and the Gold Coast.

Normally, traffic is rerouted through a backup line: an inland fibre path near Stanthorpe. However a high order transmission card failure took down the backup line late on Monday night.

Chaos at the airport

Brisbane Airport Corporation spokeswoman Rebecca McConochie said that all airlines were affected. With baggage systems offline, staff were forced to manually tag every piece of luggage.

Ms McConochie said all airlines experienced flight delays, but the maximum delay was one hour.

"No one missed any flights or had reports of cancellations," she said.

Queensland Premier Anna Bligh told journalists that she was “alarmed”.

"As Premier of Queensland, I am not happy that our entire telecommunications system has been disrupted this morning because of one cut in a cable," she said.

“I think businesses that have seen their activities disrupted are entitled to be very angry about this break in this cable and what it's done to our telecommunications system," she said.

"The question of compensation is a legal judgement for others to make but frankly I just say it's not good enough."

Optus spokesman Joshua Drayton acknowledged that the company would receive calls asking for compensation for the loss of business services.

"We will work directly with our customers regarding compensation and we will look at it on a case-by-case basis," he told The Courier-Mail.

This is the second time Queensland Optus users have experienced a major outage this year. In January, an outage at the carrier’s Moorooka Exchange cut their corporate grade ADSL and DSL, affecting more than 1800 services.

Optus spokesman Maha Krifhnapillai said it was “very unusual for two of them to go down within hours of each other, in fact virtually unheard of throughout the country.”

But New Zealand had a similar issue in 2005, when both major lines between Auckland, southern North Island and South Island failed. In that case, the failure lasted five hours, disrupting cellular and EFTPOS services, and forcing the closure of the New Zealand Stock Exchange.
Got a news tip for our journalists? Share it with us anonymously here.