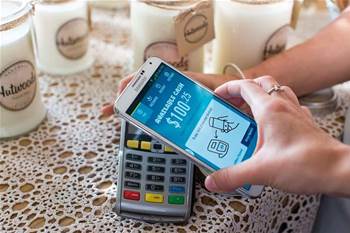 Optus customers using one of 23 compatible Android smartphones will soon be able to make payments on their device, after the telco partnered with Visa and Heritage Bank to debut a new payments app utilising near-field communications.

Optus customers on a monthly mobile plan - and who use one of 23 specified Android devices from Samsung, LG, HTC and Sony - will now be able to request an NFC-enabled SIM card to make payments on Optus' new Cash by Optus app.

The app - developed in conjunction with Visa and Heritage Bank - allows mobile users to store up to $500 to make payments over Visa payWave worth up to $100 on their smartphone.

Online or over-the-phone purchases up to $250 in value can also be made using the app.

Optus chose a SIM-based solution over the host-card emulation technology included in Android 4.4 - which allows NFC payments to bypass a carrier's secure element and emulate a card to talk directly to an NFC reader - partly for security and partly to allow the solution to act independently of the phone.

By using the SIM over the capabilities in the operating system, payments can be made even when the phone's battery is dead.

Similarly, Optus believes storing the security credentials in the SIM (the hardware) rather than in the OS will be more secure. The SIM approach also opens up future possibilities outside of payments, a spokesperson said.

To avoid accidental payments, the phone will need to be held within four centimetres of the contactless terminal to make a payment, Optus said.

In the event the smartphone is lost, Optus said it can close the user's Cash by Optus app, and customers can dispute payments made during that time.

He said Optus would also consider using such contactless technology for other services, including public transport.

"Australians never leave home without their mobiles, so it makes sense to build this technology into smartphones now," he said.

While Optus is the first Australian telco to jump into the mobile payments space, the banking sector has been quicker to the market, with the Commonwealth Bank, Westpac, ANZ all offering mobile wallet solutions.