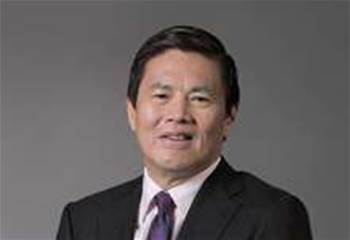 A SingTel veteran, Lew has been with the company for more than 30 years, first joining the Singapore owned telco in 1980. In this time he has moved back and forth between Australia and Singapore, serving as COO of SingTel’s regional mobile arm AIS, CEO of SingTel’s local operations, and managing director of Optus mobile and of Optus' consumer business.

“Allen is returning to Optus where he previously led the consumer and mobile businesses," SingTel group chief Chua Sook Sock Koong said in a statement.

“Under Allen’s leadership, we will continue to strengthen Optus’ brand and long-term profitability,”

After seven months filling in as Optus CEO follonw Russell’s departure, Paul O’Sullivan has elected to step back and take on the of Optus chairman on a part-time basis.

“After 10 years at the helm of Optus, Paul has expressed his desire for a change to a non full-time role,” Chua said.

SingTel’s executive reshuffle will see Jonathan Auerbach join the company to replace Lew, plus the appointment of a new group CFO, group CTO and group CIO, with Ms Wu Choy Peng to take over tech leadership.

Lew’s appointment will take effect as of 1 October, at which time he will take the reins of the telco’s large-scale restructure. The restructure has already seen 1500 jobs cut at the telco, with a further 350 flagged in April.

The restructuring pain has also hit the company’s bottom line, taking a $24 million chunk out of profits in the last quarter.

The re-alignment of the company's Australian operations into three arms is intended to refocus the business on profitable growth.