Opposition intensifies to US anti-piracy laws 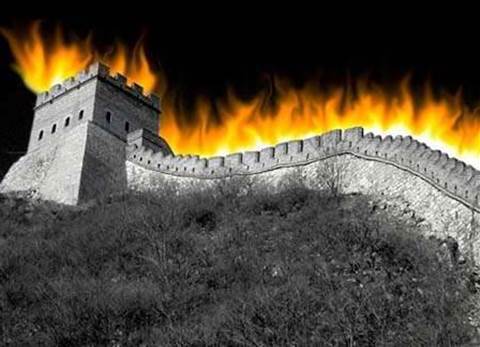 Could apply to all dot.com, dot.net and dot.org.

Opponents of the proposed US Stop Online Piracy Act (SOPA) and Protect IP Act fear it could undermine copyright safe harbour, create a US firewall and prevent freedom of expression.

On Tuesday, Google, Facebook, eBay, AOL, Twitter and Yahoo! and other members of the Net Coalition published a letter to members of the House and Senate Judiciary committee leading a Wednesday SOPA hearing, expressing concern over "private rights of action" and the monitoring technology that could be required to comply with the law.

SOPA aims to combat "rogue" websites, in part by allowing any private party to shut access to a website down without any court involvement.

The bill, along with the Protect IP Act (PIPA), would permit the Attorney General to add rogue websites to a blacklist, which ISPs, search engines, payment providers and ad networks are required to block.

"SOPA could harm social media by forcing tech companies to pre-screen and monitor all user comments, pictures and videos... [and] actively police every single link and could shut down a website that linked to any type of pirated content," wrote the Net Coalition's executive director Markham Erickson.

The Net Coalition were particularly concerned about safe harbour provisions under the US Digital Millennium Copyright Act (DMCA) that offers protection to US web service providers that remove infringing content.

At Wednesday's hearing only Google has been invited to carry the group's message, which could reflect Google chairman Eric Schmidt's sentiments that the law amounts to "censorship".

Other speakers include representatives from Register of Copyrights, Pfizer Global Security, the Motion Picture Association of America, the AFL-CIO, and Mastercard Worldwide.

Canadian copyright lawyer Michael Geist said the law reaches well beyond the US, thanks to its definition of a domain as any that was "registered or assigned by a domain name registrar, domain name registry … that is located within a judicial district of the United States."

"Since every dot-com, dot-net, and dot-org domain is managed by a domain name registry in the US, the law effectively asserts jurisdiction over tens of millions of domain names regardless of where the registrant actually resides," wrote Geist.

Paul Hortenstine from the MPAA, one of groups backing the legislation, says SOPA targets "foreign" rogue sites and has no impact on DMCA safe harbour.

"Rogue sites legislation targets foreign sites that are trafficking in stolen and counterfeit goods and content," he said, adding that "rogue websites that are designed to allow users to easily and reliably locate copyright infringing material commonly ignore DMCA requests."