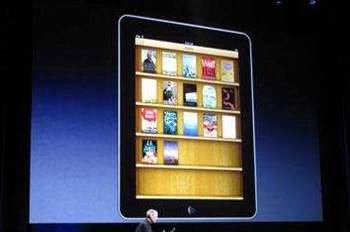 Apple chief Steve Jobs seems to think that any app with the word 'pad' in its title uses a registered trademark, according to an email he sent recently.

The developer in question, Chris Ostmo, who created the Journalpad Bible Edition, wrote to Jobs after his application and its 'lite' edition were booted off the App Store.

Claiming to have lost thousands on marketing the application, the developer says that this type of behaviour is "destroying Apple's relationship with developers".

The clearly talented but seemingly naive developer must be unaware that Steve Jobs doesn't care what he or other developers think, judging by recent actions.

In a typical gruff Jobs response, he tried to belittle the developer by claiming that the inclusion of three letters in the application title meant Ostmo was using "another company's trademark".

The question of whether the word "pad" is a valid trademark is of course complicated, however it's highly unlikely that the US Patent and Trademark Office (USPTO) would grant such a trademark without severe restrictions, if at all.

Obviously we're not highly paid patent lawyers but a quick search on the USPTO website reveals some interesting results, none of which support Jobs' claim.

Searching for the word 'pad', unsurprisingly, returns tens of thousands of results. Refining it somewhat to include the term 'computer' in the application's abstract brings that number down to 154.

A few in there do sound interesting, such as one entitled "Notebook computer with hidden touch pad" which was filed by Asustek late last year. Cutting closer to the bone, perhaps, is another patent with the title "Pad computer" which was originally filed in October 2003 by a little known computer firm in Massachusetts.

For trademarks things are a bit more interesting. Words are typically trademarked but have to be stylised. For instance the trademark of "PAD" was granted to a German company but only when used with a stylised logo.

If Jobs was referring to this particular mark he would be incorrect.

The filing states quite categorically, "No claim is made tot he exclusive right to use "pad" apart from the mark as shown", meaning that the word "PAD" isn't trademarked, merely the word when alongside a specific logo owned by the mark holder.

Perhaps more worrying for Jobs' Mob is that the mark "iPad" was granted in 2008 to German behemoth, Siemens. It would be quite shocking if Jobs wasn't aware of this, so he's not in a good position to criticise anyone else for using the word "pad".

There are many other examples at the USPTO website but it's clear that claiming "pad" is a trademarked word is at best an embarrassing mistake, exhibiting how Jobs lives in his own little bubble, and at worst could it land the cult leader in hot water.

For developers this is yet another example of Apple sticking it to the very people that helped the firm corner the smartphone market. One wonders how long will it be before developers will stop taking such abuse and move over to developing for other mobile platforms.

Got a news tip for our journalists? Share it with us anonymously here.
theinquirer.net (c) 2010 Incisive Media
Tags:
appledeveloperhardwareipadjobsoddwarepadsoftwarestevetrademark