Opinion: Protect your cyber self 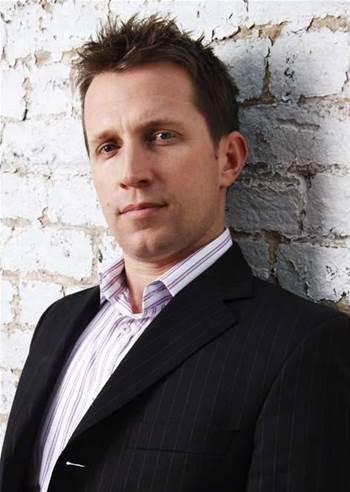 Social networking and the world of web 2.0 occupy a curious space in the media and in social commentary.

MySpace, Facebook and more recently Twitter have been darlings of the press, while being lamented as the new satans by those such as the Catholic Archbishop in Britain citing the detriments of social networks.

However, with the rise of YouTube and Facebook as category killers in their respective classes of online video and social networks, people are starting to get a better sense of what the world of web 2.0 is about and the benefits these services bring.

Thanks to the proliferation of these two services, the internet is becoming a little more mainstream and the community fear of the web is dropping.

Private research that I have been privy to in recent times clearly demonstrated that safety and trust are still major barriers to uptake of internet services but this fear is far greater in those who were not users of internet services such as banking, online shopping and social networking.

I formerly held the position of director of safety for MySpace Australia, a role that gave me unique insights into online safety, particularly as it related to young users of social media.

I believe there are two key areas that businesses need to consider in the social media space: protecting your brand and your intellectual property and the use of social media in the workplace.

Every company will have a different position on whether access to social networks should be blocked through the corporate infrastructure; each needs to consider the cost of cutting access to an important information stream to their workers and what can be a valuable marketing tool, against such risks as lower productivity and becoming a victim of crime through the spread of malware.

Many businesses that block access through the corporate networks previously would have dealt with some of these problems but the proliferation of personal communication devices such as the iPhone will increasingly allow workers unfettered access to the internet during work hours on work premises.

This increasingly common situation will revisit upon workplace policy makers concerns that were previously addressed through network blocking, such as lower productivity and heightens some other risks, such as the intentional or inadvertent leakage of trade secrets.

If a company allows access to popular social networks and user-generated content sites they should articulate a fair-use policy for their workers. Every company needs to think seriously about a workplace policy even where they don't allow corporate network access to such sites, but allow workers to hold personal internet-enabled devices in the workplace.

Why?  Imagine the following scenario in the context of your business and ask yourself - could something like this happen to my company and how much could it cost me?  Given its popularity let's focus on how innocent tweets could cost you.

The chief executive officer of publicly listed mining company, XYZ Pty Ltd, based in Brisbane, is an avid user of technology and likes to keep abreast of what is happening in the technological and social media realm.  He prides himself on the ability to keep abreast of what's going on in his industry and among his peers through Twitter.  He has an iPhone and regularly updates his account wherever he is;

On July 1, he attended a meeting at the head office of a competitor to discuss an impending merger between the two companies.

There was speculation in the media that a merger was in the wind, but that had little basis and no official announcements were made to the parties such as the Australian Securities Exchange;

On arriving in Perth at the competitor's head office, the CEO tweeted that he was at a work lunch.  Innocent enough.  What he forgot was that he was using an iPhone Twitter application that had a geo-location service to pinpoint him to the lunch's address for all on the internet to see;

A savvy finance journalist who has followed the CEO on Twitter made the connection between the Perth location and the recent speculative media regarding XYZ. He filed an article reporting that the CEO was lunching at the rival's headquarters, quite possibly to discuss a merger, causing the company's share price to spike.

Markets regulator the Australian Securities and Investments Commission noticed the price spike and issued XYZ with a price and volume query for possible contravention of ASX-listing rules and possible breaches of the Corporations Act.

The chief executive like most social network users, probably considered himself savvy enough not to tweet sensitive information but failed to think about the broader implications of the service he was using; something that could catch nearly anyone, even those with expert knowledge.

The danger is only going to grow given the rise in popularity and use of mobile internet and services such as Twitter.

This may seem far-fetched but there are some well-documented instances where Twitter caused problems.

Read on to discover how a US Congressman risked his life and national security in Iraq earlier this year ...