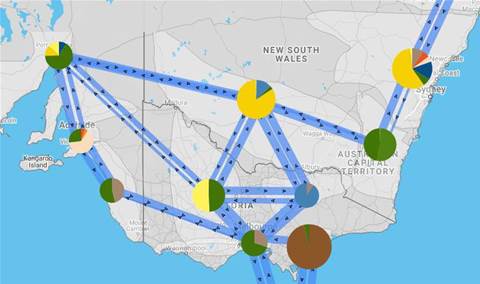 The future of Australia’s energy mix has spawned innumerable heated arguments over how to balance secure electricity supply with economic and environmental needs, prompting energy consultants ITP to launch an open source modelling tool to settle arguments and provide clarity.

Inspired by similar open source models in Europe and North America, ITP launched the openCEM model as a free, transparent tool to cut through the complexity of Australia’s energy mix and how it can securely transition away from carbon.

“ITP felt, as many have felt, that public discussions around renewables were fraught with many assumptions and made with few facts and little expertise,” ITP strategy group manager Oliver Woldring said.

Woldring told iTnews that existing models privately held by companies weren’t freely available and the data and methodology underpinning them can be opaque - making it harder to answer the question about how we move from today’s energy grid to tomorrow’s.

With support from the Australian Renewable Energy Agency (ARENA), ITP reached out to the National Renewable Energy Laboratory (NREL) in the US to develop a national model for Australia in conjunction with Centre for Energy and Environmental Markets at UNSW and the Energy Transition Hub at the University of Melbourne, along with state governments.

Software developer ThoughtWorks worked with ITP and stakeholders to translate the immense amount of complex data into something researchers, investors, policy makers or the general public can reliably use.

José Zapata, ITP’s principal energy systems modeller, said the front-end was developed as an optimisation exercise “trading off detail of the model versus computational time”.

Woldring said a more complex model could have been built, but that wouldn’t have achieved ITP’s goal of making this a useful tool to the public.

“My aim was to run the model in less than a day on my mother’s laptop,” Zapata added.

The end result on which the public can run unlimited simulations for free is hosted onn Amazon Web Services to ease the compute time, built using Elasticsearch to find things, React for a mobile-first front-end, Bitbucket Node.JS feeding front-end and Python for heavy lifting behind the scenes.

Woldring said the model and its freely available code have already been used in interesting and novel ways he couldn’t have predicted.

Once openCEM is being used widely by policy makers and investors across Australia, ITP and ThoughtWorks aims to engage other markets across APAC and further afield, about creating tools to model uptakes of renewables into the grids of other countries.

This project was a finalist in the Sustainability category of the iTnews Benchmark Awards 2020.