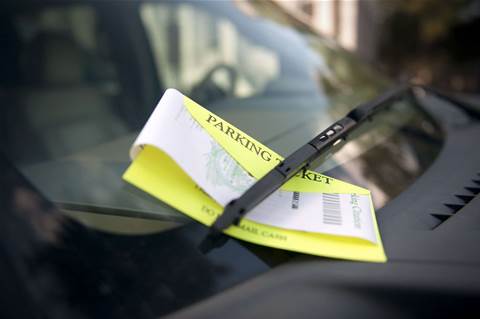 A New York blogger has used open data to uncover hundreds of thousands of dollars worth of incorrect parking fines handed out by the city’s police.

An analytics project by open data advocate Ben Wellington has prompted a frank admission from the NYPD that its patrol officers were never updated on changes to the city's parking rules, and a promise to make sure they are properly trained on the reforms.

In 2009, New York City decided to make it legal to park in front of a pedestrian ramp built into the side of a footpath, as long as it doesn’t lead onto a pedestrian crossing.

But Wellington caught wind that these spots were still being fined when his own car was incorrectly ticketed in Brooklyn.

He successfully challenged the fine, and since then has discovered more than one thousand perfectly legal parking spots across the city that cropped up as fine hotspots due to the misunderstanding.

He mapped a total of 1966 parking spots across the city that are situated in front of one of pedestrian ramps. The top three alone accounted for more than US$120,000 (A$164,000) worth of tickets in the space of 2.5 years, he said, despite being completely legal places to leave a car.

Analysing a random sample of 30 spots accounting for five or more tickets in the preceding 2.5 years revealed all 30 were legal.

The data shows that the 1966 pedestrian ramp parking spaces in New York City take in roughly US$1.7 million every year.

Wellington has published a map of all 1966 sites on his website and is crowdsourcing checkers to highlight spots in their neighbourhood on Google Maps and verify whether or not they are legal parking spaces.

He applauded the NYPD for the “most open and honest response I have received from any New York City agency to date”.

The agency admitted that when the rules took effect it made sure its traffic agents were across the changes, but beat officers - who handed out the bulk of the incorrect fines -fell through the gaps.

The department has not only promised to update all its staff on the rules, but is also building a digital monitoring tool that will keep tabs on this particular classification of fine.

The city’s parking fine records are one of many datasets released through the Mayor’s Office of Data Analytics - the open data agency on which the NSW government has modelled its own Data Analytics Centre (DAC).

“Democracies provide pathways for government to learn from their citizens. Open data makes those pathways so much more powerful,” Wellington wrote.