Only one in five video games make a decent profit 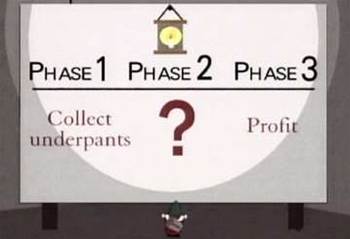 Only 20 per cent of released video games ever make sizable profit according to analysis outfit Electronic Entertainment Design and Research (EEDAR).

Strangely enough, the data only really garnered much attention thanks to being completely misquoted by Forbes. The site ran an article using EEDAR’s data stating that only four per cent of games ever turned a profit, when what the data actually said was that only four per cent of all games that ever entered into production make a profit. This is significant because the majority of games which go into development, don’t actually come out the other side and never actually make it to the shelves in the first place.

Of the games that do actually make it through to production, however, an astoundingly low 20 per cent of them actually make a "significant profit".

EEDAR blames the lack of profits on the fact that game developers and publishers tend to spend over 60 per cent of the allotted game-making budget on redesigning aspects of a game until deemed ready for action. EEDAR co-founder Geoffrey Zatkin even went as far as saying developers had "gone in blind as to which features would sell the game better".

Perhaps, however, in times of economic turmoil, developers would do better to turn their attention more to the task of making games profitable, rather than face a possible game over.

Got a news tip for our journalists? Share it with us anonymously here.
theinquirer.net (c) 2010 Incisive Media
Tags:
gameprofitsoftware