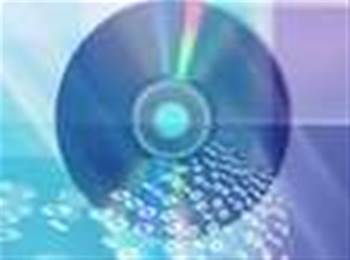 As major recording labels like EMI slash staff and revise revenue forecasts, the online music business is reporting strong growth and sees 2008 as a bumper year.

Sliceofthepie claims that it will be signing more bands in the coming year than most of the majors, and has raised £150,000 for its artists in just six months of operation.

David Courtier-Dutton, Sliceofthepie founder, said: "Most people dream of being a music mogul, but few get the chance.

"Similarly, too many new artists struggle to get support from record labels focused on superstar acts. This needs to change.

"With Sliceofthepie, music fans can now live out their dream and run their own label, and artists can record and release an album free from label constraints."

Such forms of record company have developed which use the internet to connect directly with fans. The pioneers of this movement have been Sellaband, which was set up by Johan Vosmeijer, former head of Sony BMG in Holland.

"The traditional record companies' business model is dead and gone and they will be too unless they stop acting like they have always done," he said.

"Their approach has always been twofold: tell consumers that we'll decide what you'll like, and tell artists that we know what's good for you. I don't see any change in that attitude, just them trying new ways to take a cut of artists' earnings."

Sellaband has published 11 albums in the past year, each costing $50,000 to record. The money came from fans, known as 'believers', who contributed as little as $10 a time.

Sellaband, the bands themselves and the investors split the money equally and so far business is very good.

British band Second Person was the first UK Sellaband band to reach the $50,000 mark and the band's album has been selling well on Amazon, where Sellaband has just negotiated a dedicated sales area.

In just three months Sellaband was able to distribute $25,000 in revenues to the first three bands to record with the company and its investors.

In the long term Vosmeijer said that traditional record companies must adapt or die. "Two years after leaving the business I went to a conference on the future of music," he said.

"I heard speeches from people in the know and those still in power and nothing has changed.

"I drove away with smile on my face knowing that we have nothing to fear from them. It is a pity, because there are great people working for record companies. It's just that the top level isn't listening."

Got a news tip for our journalists? Share it with us anonymously here.
Copyright ©v3.co.uk
Tags:
ascompaniesfirmsmusicoldonlinesoftwarestrugglethrive