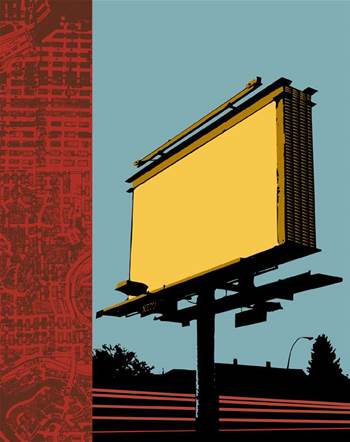 The traditional online banner ad is dying, according to new research.

EIAA's data shows that the 468 x 60 traditional banner format has seen a slump in popularity from 21 percent of the formats delivered in the first half of 2006 to 13 per cent in the second half.

At the other end of the scale, the larger 728 x 90 Super Banner now represents 35 percent of the formats delivered, while the 300 x 250 Medium Rectangle now accounts for a third of ad formats used.

The OPA Europe figures demonstrate an even greater concentration on the bolder formats with the Super Banner and Medium Rectangle accounting for 86 percent of the formats delivered.

"The results of this study point out certain differences between portals and our members' news and information sites," said Koro Castellano, president of OPA Europe.

"But at the same time, the trend for both is towards ever more creative and engaging online ads. The future is bright for online brand advertisers."

Rich media advertisements, with their increased capabilities for creativity and interactivity, in particular for streaming video, are grabbing the attention of advertisers and consumers alike.

These interactive adverts improve the user experience and retention thereby increasing the chance that viewers will click on the ad and remember the brand.

The EIA A European Ad Formats Report (PDF) is based on over 300 billion online ad impressions delivered across the combined EIAA and OPA Europe member networks between July and December 2006.

The report looks at the usage and popularity of specific ad formats on members' networks across Europe, combined with figures from the OPA Europe, and highlights how particular ad formats have become increasingly popular what factors are driving their growth.
Got a news tip for our journalists? Share it with us anonymously here.
Copyright ©v3.co.uk
Tags:
adsadvertisersbanneronlinesoftwaresupertoturn