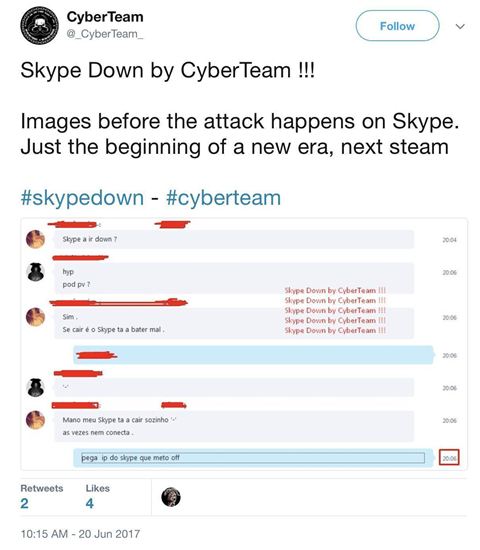 Users of Microsoft-owned Skype continue to experience connection problems after a group of hackers allegedly launched a denial of service attack against the communications provider.

"... we are aware of an incident where users will lose connectivity to the application and may be unable to send or receive messages," a company support technician said.

"Some users will be unable to see a black bar that indicates them that a group call is ongoing, and [experience] longer delays in adding users to their buddy list."

The connectivity problems have been affecting users since yesterday, despite Skype claiming to have resolved the issue soon after it was reported.

This morning Skype said it had "mitigated the connectivity issue".

Despite this, users continue to report problems connecting to Skype on social media and DownDetector.com, with the service reported as offline in many European countries at the time of writing.